More Barbadian Polo – Action at Clifton leads to thought: Will there ever be a Bajan Tiger Woods of the Chukka? Pt 2

My original item comparing Lion Castle & Waterhall drew quite a viewing and one enraged comment blistering my ear – despite an invitation to run a rebuttal, no response was forthcoming so that’s all I’ll say there. Did have a Brit couple correct me via e-mail that Oliver Williams is Teddy’s nephew and Owen Arthur made polo trophy presentations as well – I don’t think they were as well-publicised as this time though? They also said that Holders is the busiest chukka!

Clifton Polo is for me the easiest to find, follow the road from Hothersal Turning at the Clyde Walcott roundabout and keep along that road until you get to a fork near the border of St George and St Thomas – LET THE POLO SIGNS GUIDE YOU! 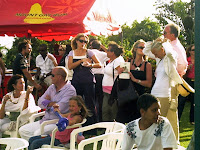 OUCH, not a ride for motion-sick people! It is rather B U M P Y 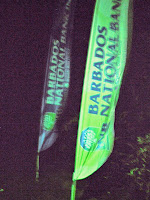 until you reach the two concrete ribbons for you to set your car’s wheels on, then you should see the flags and the tons of cars… Oh yes, dress in a thick shirt, or carry a windbreaker/shawl/blanket – the breeze is very bracing, usually offset by copious lashes of rum!

The crowd has no idea who you are and at least wave or shout a howdy at you, there are quite a few black Bajans here and the bar tally is very reasonable – about the same at Lion Castle. I just think it may not hurt to have a generic ATM at the event like how Price-Smart carries one at their place so if the folk want to spend, no worries!

Considering that BNB has just joined on as a co-sponsor for the Colombian Emeralds Int’l – B’dos Open they may not mind lugging a unit or two for the next chukka? Like Lion Castle’s event had their sponsors present, the Tax Free jewellers were on hand at this chukka to see if any spectators or players would be intrigued with a bauble or three… 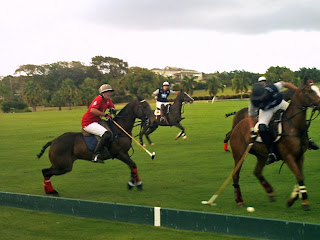 This match was very lively, twice I had to jump out of the way of horses, as the riders flew over the low boards which separates the crowd from the players – man that was bare sport, LOL!

Between the opener and the main event, the Royal Barbados Police Force band came and played many a lively tune for the appreciative audience who would saunter off and get some nice spicy and meaty fishcakes. 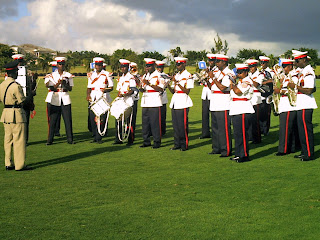 The first match was tied at 8-all and it was agreed each side would earn one point fwd for the next tourney, and the second game was a nail biting 6-3… It was a nail biter in the sense that they were tied for a good while, then Team Simpson Motors was rescued by the accuracy of Bruce Bayley. 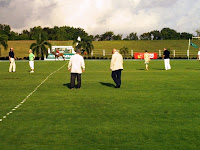 The commentator with his usual wickedness, was Jonathan Simpson, who couldn’t resist having fun when Bruce scored a goal – “Will he make it? It seems so… He pauses, combs his hair and then strikes it through between the goal posts – Bruce scores!” For people new to the sport, Bruce’s scalp has known thicker days!

The music after the game was more Latin-tinged with hits from Shakira and some reggaeton this time as there were quite a few Argentine players guesting and everyone had a ball! 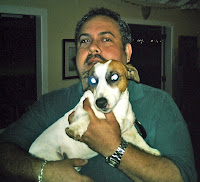 Some more than others… Man, they even had what some youngsters call old dub like TOK!

Always hovering around for a stray samosa was this cute slim Jack Russell called Nach? (Nah-Chee, not typical Nach-O), who is buddies with everyone!

The programme is very well laid-out, it helps a newbie like myself figure out who is who on the playing field – I am so annoyed I will miss the final as I already agreed to be charity auctioneer for the Canadian Women’s Club this weekend at Bagatelle Great House. Maybe they can run the auction an hour earlier? LMAO! 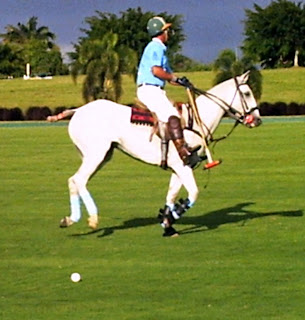 Yes, I have gotten to like polo very much, and I feel it can go further! It is a damn sexy sport –

“The skills required by a top polo player are a combination of the hand-eye co-ordination of a cricketer, the agility of a gymnast, the fitness of a footballer and strength and courage of a rugby player – and on top of this excellent horseman.

“Polo is rated by insurance companies as the most dangerous contact sport in the world with ice hockey in second position. Players have only a helmet for protection and travel at speeds of up to 40kmph on horses weighing up to half a ton. Other players use their ponies to ride each other off the line of the ball and, sadly, accidents are a not uncommon.”

Those words from the South African Polo Association‘s website, I deliberately use their words to look at what may be a rather delicate issue – the dearth of black players in Barbados… From what I see, it is not that the Polo Club is keeping them away, it is even though we are in an enlightened age there is some undeserved myth with polo? 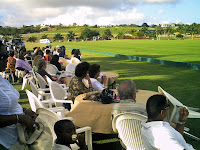 Remember, when I tried to get some of my buddies to go see polo with me they declared they’d rather be a zombie than be found at such an event. 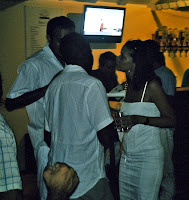 Others asked if they wouldn’t be lynched? Sadly, it can be misconstrued that polo is a white sport if you look at other websites in the UK or in the good ol’ USA! I cannot let myself be limited from appreciating all areas of Barbadiana, good/bad/indifferent and as I am mixed I really couldn’t give a hoot – I’ll do like Blade and walk through both “day” & “night” – but I want some company!

Yet there are endless possibilities for black polo players here, with the Police’s Cavalry – they could have created their own matches years ago, more can be achieved for black polo via benefactors such as Sir David Simmons or Andrew Bynoe – yet nothing has evolved, despite black jockeys, trainers and grooms at the Garrison Savannah. Another horse event! Why not the same interest? There are UK and US military divisions dedicated to polo?

It cannot be said that black Bajans are afraid of horses, years ago – if you recall, the big sport was to see if you can run across the track before the steeds came thundering down the furlong… It stopped after a few idiots were justifiably trampled!

It certainly can’t be the cost – from what I learned, it’s 300 Bds for a year’s average membership or 1,500 if you are a full playing member… What a joke when compared with America or Britain for similar categories! There are even Corporate or Family memberships overseas! I even went so far as to e-mail other clubs and am still awaiting response! 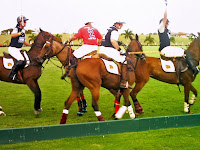 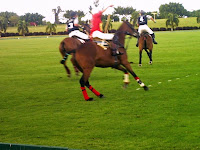 Ascot Park is a private club with the following memberships available:

Maybe what the Polo Club can do to debunk various myths and create a Bajan Tiger Woods of the Chukkas is to devise and offer a Scholarship for grooms that is based on a kind of merit system including attendance, punctuality, going beyond the call of duty and a written test?

The winning applicant for a given year could be loaned the use of three horses and guaranteed the right to play in least two chukkas with top foreign players so as to network their talent?

A member of the spoken word community asked me do black Bajans even CARE about polo? Fair question, but I would say there’s a growing community and it certainly showed in the audience at Clifton! I hardly think my Blog alone sparked more interest and advertising… 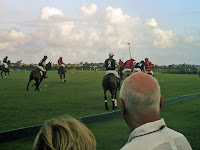 How does Clifton compare with Lion Castle and Waterhall? Except for the road leading in, Clifton and Waterhall have a very similar construction via clubhouse and stand – but no playhouse nor Chukka Chic boutique (shudder) and yet the ambience at Clifton is as cheerful at Lion Castle. It is very hard to say which is better as Lion Castle has the assets to live up to its name, yet Clifton has the soul that can equal Lion Castle in attitude and fun.

Waterhall spent a lot in advertising, and it did draw me with the chance at free trips via Virgin, but the idea of Football yobs – the kind even the UK don’t want – at a polo match, far less their regular soccer venue, is not necessarily my idea of a well-mixed rum & coke… Even black Bajans who watch Maxi Priest or UB 40 may not like the crowd who dig Bounty Killa or Li’l Rick’s private fetes…

One other thing I noticed about Waterhall, they stopped a lot for changing horses – I asked two International umpires at Clifton if this is right and they said only if a player or horse is injured does play stop, if you wanna change ur pony then it’s your loss as the game continues. I visited the San Diego Polo Club‘s website and here’s what they indicated –

The game is played between two teams of four mounted men on a field that measures 300 by 160 yards (as big as nine football fields) with goalposts at either end. The object is to move a ball downfield and through the goal in six periods of play known as “chukkers.” Each chukker is seven minutes long. There are no time-outs except for injuries, penalties, or unsafe situations. And no replacement of players is allowed except for injuries. Each of the four players is given an area of responsibility designated by a jersey number that indicates that area. The forward is designated Number 1; the most defensive player is called Number 4, or the Back. (There is no goalie.) The mid-action players are designated Number 2 and Number 3, with the latter controlling the attack and coordinating the defense. He’s usually the highest-rated player on the team and the de facto captain.

So it is confusing watching a horse changed twice in a chukka at Waterhall yet at the other matches, only foreign players are given that courtesy – if they don’t abuse it!

From what I understand, the rift between Waterhall and the others started from unfounded and petty notions and really they should reunite and present a solidified unit if they are to promote Barbados as a leading polo destination.

Holders, Battle Of The Sexes, and maybe more Diamonds International still to come? We shall let you know – you definitely have a Final at Clifton, and another match at Waterhall for Sunday the 16th.