Athletes and officials representing St. Kitts and Nevis at the 2008 CARIFTA Games are undergoing intense training at the Bird Rock athletic stadium. 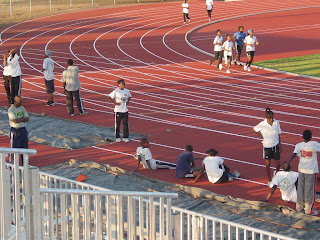 The 56-member team will compete in sprints, hurdles, shotput and discus as well as long and high jump events. Manager of the national team Anthony Wiltshire and several athletes told SKNIS that they are geared up for the March 21 to 24 contest and are looking forward to competing in front of the home crowd. They also thanked government for providing the Class 2 track and field facility noting that it was a great source of pride and will serve to further develop local talents. 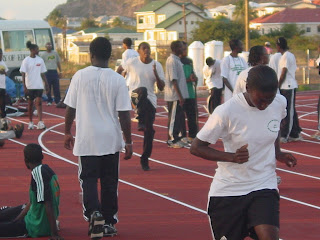 Tuesday’s edition of SKNIS’ radio magazine programme Perspectives will chronicle events surrounding the 37th Annual CARIFTA Games. Listeners will hear from the Honourable Prime Minister, the Local Organising Committee Chairman, the Team Manager and a number of athletes some contesting the competition for the first time, while some are preparing to exit the regional stage. 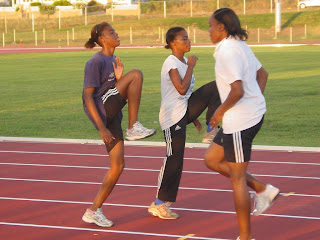 Perspectives can be heard at 6:00 p.m. on Tuesday on ZIZ Radio with a rebroadcast Sunday at 1:00 p.m. It will also air on Radio One on Wednesday at 4:00 p.m. and again on Saturday at 1:00 p.m. Additionally, the programme can be heard on the Nevis Information Channel Thursday at 12:00 p.m. with repeats all week long.