Bal-Rouj, or Red Bullets, is a movie which centers around Michael, a 20 year old man, who loses his family at the hands of 6-armed thugs.

Left for dead, Michael is taken to a hospital where a pretty 23 year-old nurse fosters him back to health. 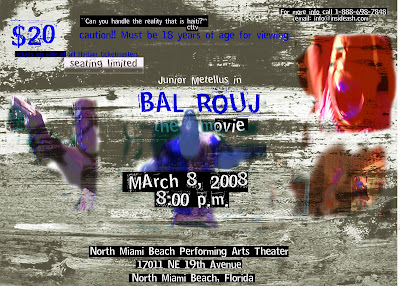 Waking up one morning, Michael goes on a revenge plot where he attempts to assassinate everyone involved in his family’s massacre.

Along his journey he comes to the tragic realization that the butchery of his family was an indiscriminate slaughter inspired by a society’s collective state of mind.