Rebelmix, the Caribbean’s leading digital music distributor, and Khabir ‘Kabs‘ Bonner, owner and operator of Grillaras Productions have teamed up to bring a different flavour of reggae music to the fore. 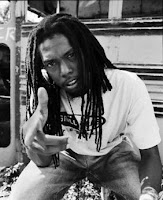 Bonner grew up in Jamaica and has decades of experience in the music industry, working with the likes of Capleton, Chrisinti, Turbulence, Richie Spice, the late Daddigon, Norris Man and many others. ‘Kabs’ graduated from engineering school in Rockville, Maryland in 1999 and came back to Jamaica to form Grillaras Productions in an effort to change the music landscape and bring a new flavour to the reggae genre. Not only is Grillaras Productions involved in music production but it is also a growing video production company working to bring quality visual products to the market.

Khabir ‘Kabs‘ Bonner, CEO Grillaras Productions says, “A successful record producer must be somewhat of a renaissance man- one must be able to write, arrange and be able to get the ultimate performance from each artist both in the recording studio and at centre stage.”

Grillaras Productions now has three major projects being distributed by Rebelmix via leading digital retailers including the Apple iTunes Store and Yahoo! Music. These include Kab’s 2004 debut project, Da Good Times Rhythm, which featured 17 tracks from some of Jamaica’s leading artists, including Chezideck, Turbulence, Anthony B, and Capleton whose single “Open Your Eyes” was featured on his 2004 Reign of Fire album. This was followed by Da Real Time Riddim, which epitomized the ability of Grillaras to highlight progressive voices within the Jamaican fraternity of conscious reggae music, and subsequently by Norris Man’s soul-stirring album Captura.

“Grillaras Productions was on of the early signings to Rebelmix,” Christopher A. Edmonds, President, Rebelmix Inc recalls, “We are proud that we have been able to expose Kabs’ special talent to a global audience.”

Bonner’s latest project is The Bitter Stretch, a solo album from Jamaica’s underground sensation U.T. Ras, which features a unique fusion of roots reggae and hip-hop. The Bitter Stretch has been dubbed an epic tale of the multiple and enigmatic challenges faced by present-day urban youth around the globe, and U.T. Ras, in his own unique, offers solutions and positive peer counselling in his message. The album is already available online through the Rebelmix network, and the CD will be available in stores March 2008.

Grillaras is currently working on Jamaican artist and television personality M-DON AKA Macedon’s self-titled album, which will be released digitally through Rebelmix in the second quarter of 2008, and should continue to add to Kabs’ acclaim and to his reputation as one of the progressive influences now steering reggae music.