FUEL SURCHARGE CONTROL TO BE IMPLEMENTED IN SKN: RETROACTIVE FROM START OF THIS YEAR

The Kittitian Government is regulating the fuel surcharge paid on electricity bills, retroactive from January 2008.

The announcement made by the SKN’s Minister of Finance, and Hon. Prime Minister, Dr. Denzil L. Douglas in his Budget Address, stated that the fuel surcharge of householders can no longer be more than 50% of the current (primary) charge.

This policy change was in direct response to consumers? requests that there be controls placed on the surcharge. 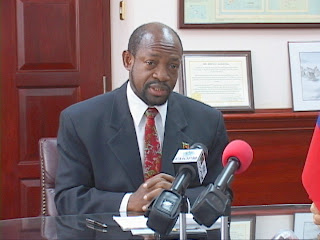 The necessary software to ensure a smooth transition has been acquired, installed, and is being test run. Even if there are slight delays in the mailing of any bills as a result of the new system, all customers will still have their surcharge controlled effective January 15 th, which reflects the start date of the 2008 billing cycle.

Both the Technology and Electricity Departments have teamed up to make certain that the new system is fully implemented.

The new control on the fuel surcharge is in addition to an earlier policy change implemented by the Government that guaranteed that persons using less than 150KW Units/Monthly would no longer be required to pay any fuel surcharge whatsoever.