The Danger Zone Music Group emerged in the year 2000 out of a need to provide positive and quality music to the masses. Headed by CEO Delmar Drummond aka ‘Della Danger‘ and with the Danger Zone Sound System as its nucleus, Danger Zone has over the last 6 years maintained a presence in the in the local and international music market churning out high quality music

This label currently has six top flight artistes on its roster, led by Ce’Cile and Jah Cure, Danger Zone’s success has proven that it has the level of professionalism and expertise to manage the careers of two of Jamaica’s most popular talents. Not to be outdone are the other artistes on the roster; 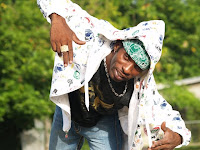 Cutty Corn created waves last year with his breakout hit Lucky Day and has shown that he staying power with singles such as No Boops on the ‘Solidarity Riddim‘ and Call Me on the ‘Payback Riddim‘. Cutty Corn has also been a regular on the local and international music scene with recent performances at the Real Ting Caf? in Jacksonville Florida, Island explosion, Magnum GT Taylor’s Christmas Extravaganza and Guinness Sting 2007.

Another of the artistes signed to Danger Zone is veteran artiste Jigsy King who has maintained a presence on the Dancehall scene for many years. 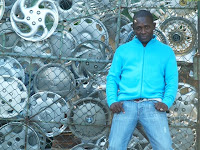 Jigsy King came on the scene with his smash hit Rail Up right out of the gate in 1993, his second big hit, Gal A Fuss Gal A Fight established him as a rising star, and the song’s combination of the ‘matey‘ phenomena with gritty commentary confirmed him as one of the best songwriters in dancehall till today. Recently Jigsy King has been busy both in the studio and on the stage with current hits such as Pon Di Ends, Plant It and Show Off on the ‘Journey’s Riddim‘ as well as Extra Clip on the ‘Sting 93 Riddim‘ produced by Scatta.

Danger Zone is also nurturing new talent and has two of the most exciting new prospects on the dancehall scene. Ras Fraser and Mickey Pelpa are two of the young artistes on the

Danger Zone Label, both are honing their skills and are destined to take the reggae world by storm.

Danger Zone Records is known for putting out quality music and over the years has released numerous tracks and tunes that have won the hearts of both local and international reggae fans. The latest riddim from Danger Zone is the ‘Journeys’ Riddim‘, Produced by Jigsy King, Della Danger and Cecile. The Journey, features Journey by Jah Cure, Cecile’s Ride or die, Plant It by Jigsy King featuring Ce’Cile, Show Off by Jigsy King & Tony Curtis, and Poochie Loo by Cutty Corn.

The Journeys Riddim follows on the successful heritage of Danger Zone which in 2007 premiered two hit riddims with numerous hit songs stemming from them. The ‘Jamdown Riddim‘ won the Best Reggae Compilation Album at the recent RIAJAM awards giving Della Danger the Executive Producer’s Award. Danger Zone also premiered the ‘Payback Riddim‘ which featured a good mix of 19 tracks featuring some of Jamaica’s hottest dancehall names.

Danger Zone continues to make good strides in the music industry. With top notch production and proven experience in artiste promotion and management, Danger Zone is destined to continue bringing unification through music.