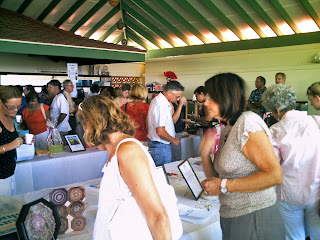 At Bagatelle, the Canadian Women’s Club hosted their annual Easter Dessert & Fun Fete to which 325 tickets were sold to the local community of Canadians and Bajans. Willie Kerr and Eliana Marcenaro kept the crowd soothed with Latin/Jazzy selections like “The Girl From Ipanema” and other bossa-nova classics as folks browsed thru the items… 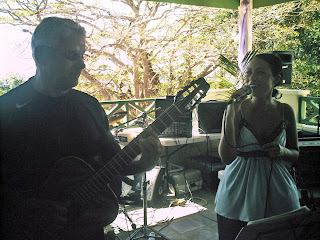 The amount of money raised through ticket sales, the Live and Silent Auction in addition to the Eggstravaganza Raffle was in excess of $40,000; there were donations from Digicel (Sony Ericsson s500i), Eugene Melnyk (Ottawa Senators’ leather laptop case with jump-drive), Mt Tremblant resort in Quebec, Air Canada, Royal Westmoreland, Mango Bay plus Beth & Tracie’s boutique in Speightstown and so many other generous entities. 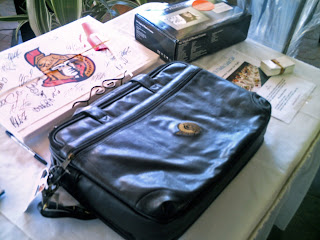 This coming May the proceeds of this fund-raiser will be distributed all to local charities at a special event usually held at the Canadian High Commission. 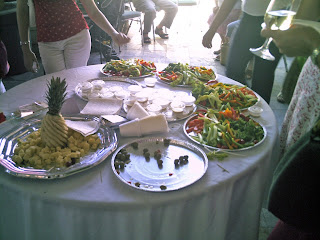 The heads of these various organizations are always invited to come and receive their cheques that make their jobs a bit easier in helping the people they work with all year long. 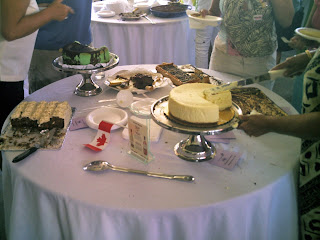 The enormous success of this event is made possible by all food being donated by many eateries across the island – there were gastronomically delightful contributions from Waterfront Cafe, Flindt’s Patisserie, Accra Beach Hotel among so many others! 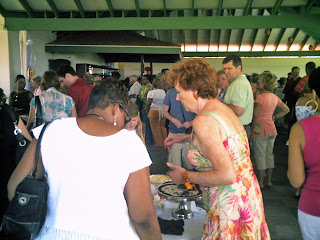 All of the auction items were donated; no expenses incurred for the management of this event as everything is done completely by the members of the CWC and the event hosted by Bagatelle Great House. 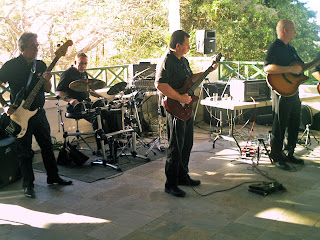 Denis Roach on skins with the rest of “A Touch of Grey” wowed the crowd as bidders settled their bills at the end of the day… The CWC looks forward to this event next year and again, it’ll have additional surprises as to what it has to offer!