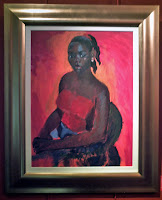 at Lancaster that over Bds $220,000 has been raised since the first of January 2008 for the benefit of Barbadian charities.

The dinner was attended by Sir Martyn and Lady Arbib; Dame Billie Miller; The Honourable Mia Mottley, QC ? Leader of the Opposition; the British High Commissioner; the Brazilian Ambassador; representatives from the Canadian High Commission and the United States Embassy; Mr. and Mrs. Paul Altman representing the Barbados Community Foundation, and other leading members of Arts organizations in Barbados. 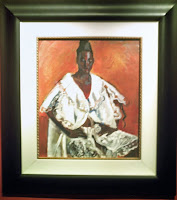 this year have included an auction for the Hope-Martin Foundation and an exhibition of paintings from the studio and private collection of the late Boscoe Holder.

This exhibition is available for viewing Monday to Friday, The Boscoe Holder Exhibition finishes at 4 pm on Wednesday, 26 March.