West Indies captain Chris Gayle thinks that he has the combination of players to do well against the visiting Sri Lankan team in the Digicel Test Series starting on Saturday March 22nd at the Guyana National Stadium. Gayle made the comments shortly after arrival late last night at the Cheddi Jagan International Airport where he was welcomed on behalf of the series sponsor by Donovan White, Head of Marketing at Digicel Guyana. 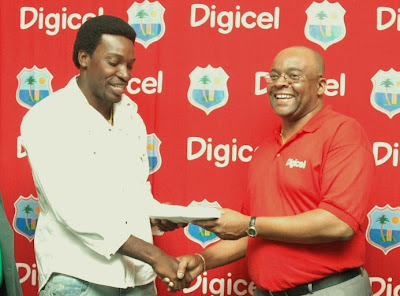 When asked about any advantage which the West Indies may have given injury to lead fast bowler Lasith Malinga and recently retired opening batsman Sanath Jayasuriya, Gayle expressed caution.

?They have a good bowling attack without Malinga, they have (Chaminda) Vaas as well and those two (Vaas and Muttiah Muralitharan) have been taking most of Sri Lanka?s wickets so hopefully we can make the adjustment necessary, in the batting department they have a whole lot of experience with their captain (Mahela Jayawardene) and (Kumar) Sangakkara as well so it?s going to be a tough task and once we can match up and play some good cricket then we can come out on top,? Gayle reasoned.

While the Sri Lankan batting line up has formidable batsmen Gayle feels that he has the necessary weapons to counter it.

?We have top bowlers, Jerome Taylor, Daren Powell, Fidel Edwards, these guys have been around for some time now and they know it?s not going to be easy, it?s going to be tough but the expectation is very high out there. We?ve played Test cricket long enough to know their strengths and weakness, we have to plan well and go out there and execute,? Gayle assessed. 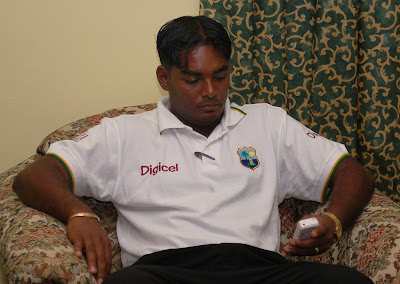 Commenting on some of the new faces in the West Indies squad the powerful 28 year old left handed opener said it is an opportunity for the younger players to step up and take command.

?We have Sulieman Benn and Ryan Hinds is back with us again. Ryan has been out for quite some time so it is an opportunity for guys to stamp their authority and try and make a name for themselves and capitalize on whatever starts they get, we (senior players) have to support them and welcome them,? Gayle advised.

And with two specialist spinner in the squad Gayle hinted that the West Indies could employ a spin based attack for the First Digicel Test.

?If the wicket is suitable I don?t see any reason why we shouldn?t include a spinner, who knows, we?ll wait and see,? Gayle said.