At a press Briefing held on the first day of the Trinidad Digicel Clinics, Head Coach John Barnes, whose father is from Trinidad, expressed his anticipation and excitement in being in Trinidad to train with the National U-20: “I have been waiting to get to Trinidad. Throughout the last 6 countries, I have seen high quality, some I expected, and others that surprised me. But I have been looking forward to coming to Trinidad especially. Trinidad has now proven to be a Caribbean football powerhouse, with playing in the last World Cup, and now with four players in England. There has been a development in Trinidad football and I am happy to, along with Digicel, be a part of furthering that development.” 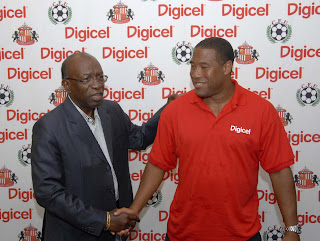 23 young footballers along with five coaches attended day one of the Digicel Clinics at the Marvin Lee Stadium in Port of Spain yesterday. Among the coaches was Head Coach of the National U20 team, Anton Corneal, son of the Trinidad football legend Alvin Corneal. Anton gave his impression of the first day of the Digicel Clinics in Trinidad: “It is a good learning experience for these young players. Its good for them to hear advice and disciplines from a former international player and coach who comes from the same background as them. Meeting a legend and relating to him on this level has shown them that they too can make it. A Trinidad U20 player has as good a chance as anybody to be a part of the select six to go to Sunderland.” 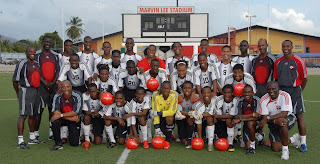 The three day Trinidad Digicel Kick Start Football Clinics ends on Monday February 11 with a match between the National U-20 and Joe Public Football Club at the Marvin Lee Stadium in Port of Spain. The Digicel Clinics then moves on to Jamaica for the final leg ending Saturday February 16. 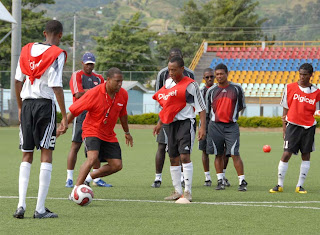 At the end of February John Barnes will select the six most talented footballers who will be offered the once in a lifetime opportunity to travel to the UK to take part in one week’s training at English Premier League side Sunderland AFC’s Academy of Light.