The Errol Barrow Centre for Creative Imagination (EBCCI)
The University of the West Indies ? Cave Hill Campus
in collaboration with
U.S. Embassy ? Bridgetown
presents
Black History Month – February 2008
Film Screenings at the EBCCI Cinemateque
These film screenings will be held during the month of February and a new schedule will be announced each week. Please check below for the dates and times for the films for this week, as well as a brief synopsis of each film. Also note these screenings are subject to change.

Thursday, February 21
7:00pm Carmen Jones: Otto Preminger (100 mins)
Oscar nominee Dorothy Dandridge stars in the tidal role, a passionate, sexy creature who lures Joe (Harry Belafonte), a handsome soldier, away from his sweetheart. Following a fatal brawl with his sergeant, Joe deserts his regiment with the sultry femme fatal. But Carmen soon tires of him and takes up with a heavyweight prize-fighter triggering Joe?s tragic revenge.

3:00pm Midnight Ramble: Pearl Bowser (60 mins)
Midnight Ramble recounts the history of a remarkable film industry that produced close to 500 movies for African-American audience between 1910 and World War II. The success of D.W. Griffith?s ?The Birth of a Nation? in 1915 helped inspire the formation of more than 30 ?race? movie companies who sought to counteract the loathsome stereotypes shown in the film. By the 1920s, these companies were producing films that gave a more dignified view of African-American life in hundreds of movie theatres.

5:00pm Go Down Death: Spencer Williams (60 mins)
A bar owner attempts to discredit the new preacher with whom he is feuding by framing him with a photograph showing him drinking with women with bad reputations. The bar owner’s adoptive mother, a member of the minister’s church, supports the preacher and gets the photographic prints. When the bar owner struggles with his mother for the prints, he accidentally kills her. After the preacher’s funeral sermon, the bar owner’s conscience drives him to his death.

7:00pm Body and Soul: Oscar Micheaux (85 mins)
A minister is malevolent and sinister behind his righteous facade. He consorts with, and later extorts from, the owner of a gambling house, and betrays an honest girl, eventually driving them both to ruin. 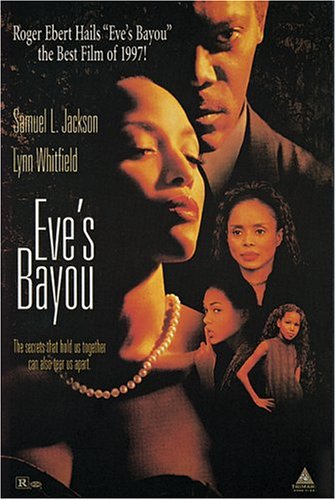 8:30pm Eve?s Bayou: Kasi Lemons (110 mins)
The story is set in 1962 Louisiana. The big Batiste family is headed by charming doctor Louis. Though he is married to beautiful Roz, he has a weakness for attractive women patients. One day Louis is flirting with married and sexy Metty Mereaux, not knowing that he is observed by his youngest idealistic daughter Eve, who is there by accident. Eve can not forget the incident which is traumatic for her naivet? and shares a secret with older sister Cicely. Lies start to roll…