It’s no surprise the Stanford 20/20 Tournament attracted the attention and interest of cricket enthusiasts everywhere but many people would be shocked to learn that there is a small town in Colorado, USA that has been introduced to cricket for the very first time and has fallen in love with the sport.

Fort Collins, Colorado was chosen after extensive research to be a test market for the Stanford 20/20. The fact that the residents of the small town are not familiar with cricket made them a perfect case study and so far their response to the game has been overwhelmingly positive and significant curiosity has been generated.

?I wanted to see if we could get a city in the U.S. that knew nothing about cricket to become cricket crazy,? said Sir Allen Stanford, creator and financier of the Stanford 20/20. ?Stanford 20/20 is fast-paced, filled with energy, emotion, colour and excitement from beginning to end so my message to Fort Collins is, ?you just gotta see this!??

In December Stanford 20/20 launched an aggressive US$3.5 million marketing campaign around the concept You Gotta See This 20/20 in Fort Collins. The campaign consists of local radio, newspaper and television advertisements, including a spot during the coveted Super Bowl time slot, outdoor media such as billboards, bus panels, bus shelter and bench ads, as well as indoor mall banners and panels. The Stanford 20/20 marketing agency also engaged a street team comprised mostly of students from Colorado State University to spread the word on campus and around town by walking around wearing mobile computer monitor screens called Adwalkers that show the You Gotta See This television advertisements and allow members of the public to undergo a cricket trivia test and enter a sweepstakes to win a grand prize of US$20,020. Literature was direct mailed to every household, inserted into local newspapers and available at all Stanford hosted events. 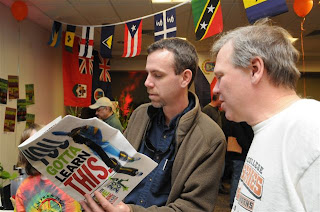 In addition, a customized website was developed and as of February 12, it has received thousands of hits to date.

?Demographics were a key factor in choosing Fort Collins as our test market,? said Sir Allen Stanford of the Fort Collins campaign. ?I would like to see the American audience made up of 60 percent women and children so my ideal test market is a young, family-oriented community, something that Fort Collins exemplifies.? 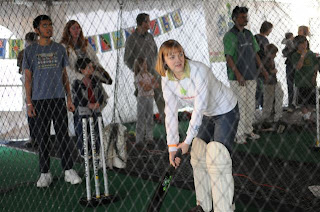 The city having a college was the second most important factor and the cold climate also played a part in the decision, the theory being that city in a cold climate would respond well to a sport being played in the tropics.

Ann Arbor, Michigan and Lincoln, Nebraska are other cities that were considered, said Stanford.

In addition to the advertising campaign, a customized US broadcast feed has been produced by Century TV, the same production company that broadcasts the Tournament around the world. American broadcaster Chris Gann is in Antigua and he hosts a pre-match show that is geared towards explaining the game to the people in Fort Collins. The show and the matches are aired locally in Fort Collins to the general public at no cost. 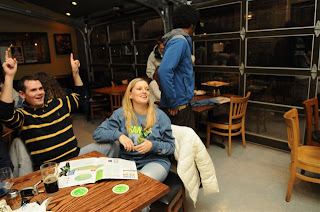 Viewing parties are held for every match at local pubs and bars throughout Fort Collins. Each venue has a Stanford 20/20 Promotional kit which includes full size free-standing player cutouts, flag garlands representing the countries participating, bats for display, coasters, posters and other paraphernalia.

The viewing parties have proven to be very popular with groups of people coming out each night to watch the matches and ask questions about the game and how it is played.

Legend Richie Richardson travelled to Fort Collins to train the street team in the fundamentals of cricket and a Fort Collins Stanford 20/20 Ambassador, former Colorado State University football coach Sonny Lubick, has been retained to advance the Stanford 20/20 cause. 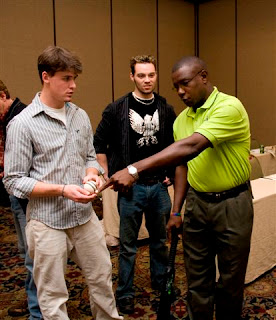 “I love sports, and I felt now was the perfect time to learn a new game,” said Lubick. “Our community has the best sports fans, and the spirited nature of cricket will fit right in here. I’m looking forward to experiencing the energy and excitement of cricket and the Stanford 20/20 Cricket Tournament.”

Other activities to attract the Fort Collins population to cricket included a reggae concert, raffles and radio giveaways to win cash and trips to Antigua for the matches, online promotions, a Stanford 20/20 Cricket Family Day officially declared by the City of Fort Collins, street parties and a Cricket Skills Challenge.

The final numbers have not been crunched yet to determine how successful the extensive advertising and marketing campaign in Fort Collins has been but initial reports suggest that Sir Allen may have hit upon something big, especially if the emails that are coming in to the Stanford2020 website are any indication.

?I live in Fort Collins, Colorado, USA,? writes David. ?Sir Stanford launched a campaign to bring the 20/20 tournament to local television. I would just like to say that I could not be more excited. I have never watched cricket before but I am now hooked. I watch every night, even the replays from previous matches. The atmosphere in Antigua is absolutely amazing. I would like to personally thank Sir Allen Stanford.?

?I’m thoroughly enjoying the cricket from the Fort Collins broadcast,? says Joe. ?What an incredibly exciting game! I would like to start planning to attend a few matches live for the next tournament. When is the next Stanford 20/20 going to be??

?Thank you for bringing Cricket to Ft. Collins!? says Peter. ?It is an incredible sport and I am certain that many people will enjoy it. One person with a vision can make all the difference!?

?It?s fairly novel, with all modesty aside. It?s Mardi Gras, the Super Bowl and a family reunion all rolled into one,? says Stanford. ?In a few short years this game will take the world by storm. You?ll see allegiance to this sport like none other.?