SKN POLICE PROVIDES A WAY OUT FOR GANG MEMBERS

The Royal St. Christopher and Nevis Police Force is actively helping persons to leave the dangers of gang violence behind and become productive citizens. 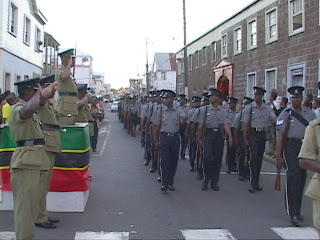 This was revealed by Commissioner of Police Austin Williams when he appeared on the radio magazine programme SKNIS’ Perspectives; this being his first public interview since assuming command of the Force on February 07.

Mr. Williams, who served as Acting Commissioner of Police from October 2007, said the security forces have been strict in carrying out intelligence gathering and enforcement procedures such as regular stop and searches and increased patrols in ?hot spots.? He emphasized that this has been successful but added that dialoguing with gang members has also been fruitful.

?We have conversations and advise [them of the dangers],? he said, noting that it has yielded favourable results. ?We have seen a reduction in gang related activities. We have heard less [intelligence chatter] about gangs and I believe the gangs are disintegrating slowly.?

Commissioner Williams explained that discussions normally start with the query of why the individual joined a gang. That and other information is factored in when deliberations take place on the best way to help the person escape the negative environment. He said that the young men are extremely appreciative of the assistance from the Police.

?Some persons say – we are glad we can talk to you. We want out. Give us the best way out,? he revealed, without giving too much specifics so as not to compromise the identity of individuals they have assisted. ?That is where the disintegration starts. They are not comfortable in gangs. They are at risk and they recognize that ? and we will continue to follow up on these strategies and hopefully we will see the [eventual] elimination of all gangs.? 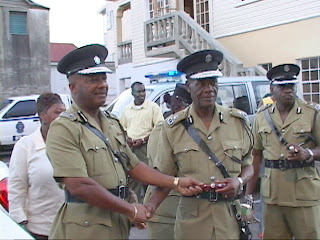 The new Commissioner of Police said the security forces will remain vigilant as they seek to build on key successes ? that have driven down antisocial acts over the past months. He stressed that the efforts of the Police are important in determining whether a society advances positively or slips into chaos and pledged to continue working to ?provide effective security and [maintain] a safe environment to live and do business in.?

He encouraged other members of the corporate community to partner with the security forces.