Monday 28th January, 2008 marked a momentous occasion for the Government and people of the Federation of St. Kitts and Nevis as they opened an embassy in Taiwan (Republic of China).

Prime Minister of St. Kitts and Nevis, the Hon. Dr. Denzil Douglas stated, ?Taiwan was the first nation to establish diplomatic ties with my country after we declared independence some 25 years ago, which is why it is an important event to open an official delegation here on the beautiful island?.

The establishment of this embassy, a major step for the Federation, will create an avenue for further consolidation and enhancement of the relationship between St. Kitts-Nevis and Taiwan. ?The opening of the embassy in Taipei can serve as bridge to further enhance the friendship between Taiwan and St. Kitts and Nevis,? noted Foreign Minister James Huang.

Minister of Foreign Affairs, International Trade, Industry and Commerce and Consumer Affairs, the Hon. Timothy Harris, said the embassy?s opening ?is a significant milestone in light of celebrating the country?s 25th year of political independence?. 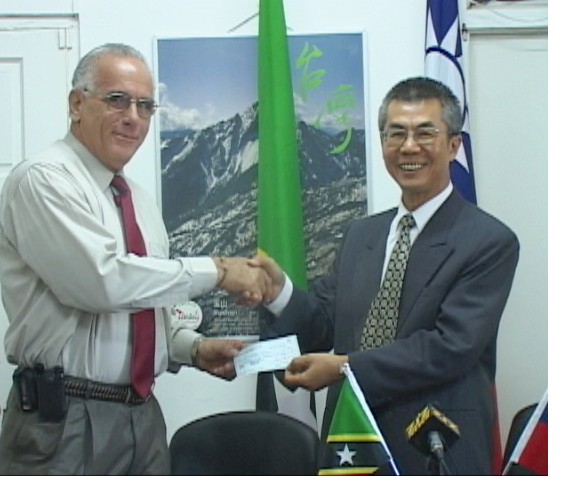 The partnership between the two countries continues to be one of mutual advantage as agreements of cultural and technical cooperation have been established. St. Kitts-Nevis continues to support Taiwan?s bid for membership into international organizations such as the United Nations. There are also over 20 students from the Federation who have gained educational opportunities in the form of scholarships from the Taiwanese government.