If you have been in cryogenic storage, or abducted by aliens then you may not be aware of what awful butchery has happened in Guyana. So let’s start with a Letter to the Editor from Caribbean Net News, Letters – January 26th 2008… 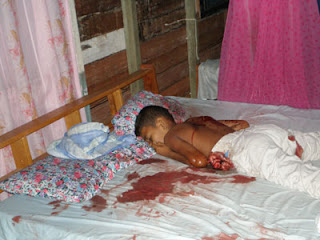 I condemn the murder of 11 citizens of Guyana in Lusignan on Saturday 26th January 2008, and call upon the Guyana Police Force to spare no effort or resource to bring the perpetrators of this crime to justice.

Fuelled by sin in our nation, homicidal demons of murder and violence stalk our land – and now they must be stopped, by every spiritual and physical resource the nation can bring to bear. 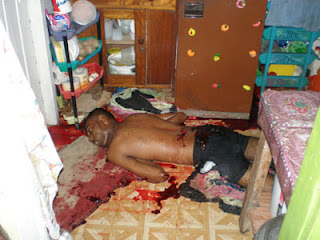 In March 2006, a similar tragedy was foisted upon the community of Agricola, and eight people were left dead. 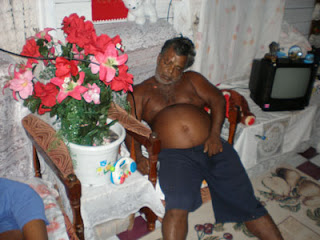 Calls were made five minutes after gunmen started the brutal attack on Lusignan families three Saturdays ago but a senior policeman failed to take action which would have resulted in a quick response, Home Affairs Minister Clement Rohee told GINA yesterday.

The minister has threatened stringent action against the defaulting officers adding that some has already been taken.

This newspaper understands that some ranks from the Vigilance police station face transfers and many others will be affected in the looming shake-up at three East Coast Demerara police stations.

In a statement last night the Government Information Agency (GINA) reported that the Guyana Police Force yesterday submitted its report to the minister which reveals that calls were made to the police as the incident was occurring but that the police failed to respond in a timely manner. 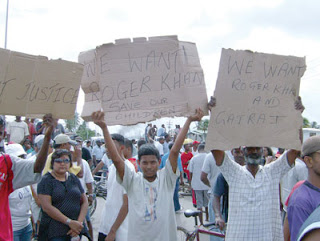 Residents of Lusignan were incensed not only at the 11 murders that morning but moreso at the fact that the number of fatalities could have been reduced if the police had responded when contacted.

Rohee was contacted yesterday by this newspaper for an update on the police report but he declined, informing this newspaper that he had spoken to GINA. GINA released the statement just after 9 pm. 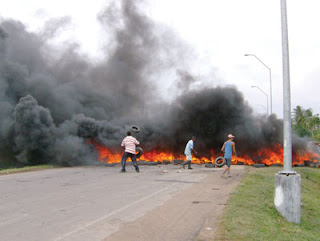 Rohee told GINA that it was very disappointing to know the results of the report as it related to the response of senior ranks who were on duty at the time. 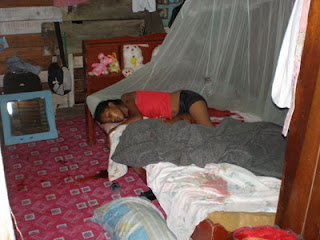 The National Assembly will on Thursday consider a motion submitted by Leader of the Opposition Robert Corbin to condemn the Lusignan massacre.

Corbin, also the PNCR leader, had made a motion request in a letter dated February 2, to Speaker of the National Assembly Ralph Ramkarran. He said in the letter that public interest demanded that the highest deliberative and decision-making forum in the land meet as a matter of urgency to discuss the situation and to adopt the motion he has put forward to the Parliament office for approval. 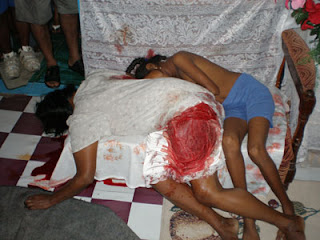 The motion put forward by Corbin is calling on the National Assembly to extend deepest and sincerest sympathy to the families of the 11 murdered in Lusignan on January 26, and the corporal of the Guyana Defence Force, who was gunned down a day before in Buxton.

The motion is also urging the National Assembly to call on the government to implement a definite plan of action to arrest the downward spiral of the country’s security.

The evil situation has drawn the ire of Caribbean diplomats –

The perpetrators of this vicious and heinous act are, at the moment, officially unknown, although the Police have fingered a wanted man, Rondell ?Fineman? Rawlins, as the organiser.

Rawlins has been wanted for several years in connection with a number of robberies and murders, but he has managed successfully to elude the police. Quite how he has achieved it is a question that looms large in private discussions throughout Guyana.

One newspaper, the popular Kaieteur News, has given support to the Police?s identification of Rawlins as the organiser of the Lusignan incident. The newspaper?s Editor, Adam Harris, said that he received a telephone call from Rawlins not only taking responsibility for the massacre of the eleven, but promising an even worse incident. 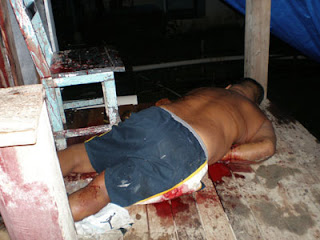 What motivated this act of lawlessness has not been fully established. But, one theory is that it arose from Rawlins? belief that his 18-year old girlfriend, Tenisha Morgan, was being held by the Police.

The police charge that prior to the Lusignan murders, they received a telephone call from Rawlins accusing them of holding Morgan who disappeared two weeks ago in a heavily pregnant state. According to the police, Rawlins threatened ?mayhem? unless Morgan was released. The law enforcement agencies have since publicly stated that they are not holding Morgan.

On Friday, January 25th, just hours before the Lusignan massacre, and in an act of total contempt for authority, shots were fired at the main Headquarters of the police

Then came the brutal killings at Lusignan ? cold-blooded and merciless; perpetrated against innocent people who had no reason to expect so violent a fate.