MAGNUM KINGS AND QUEENS OF THE DANCEHALL GOES LIVE TO THE WORLD: Popular Jamaican Restaurant/Club will be transformed into dancehall central 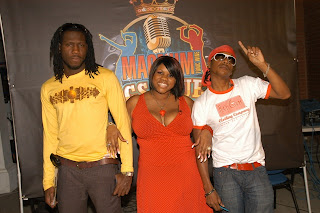 The Magnum Tonic Wine, Digicel and TruJuice sponsored live shows at Weekendz from last weekend. The shows will be telecast on TVJ in front of a live audience. The producers of Magnum Kings & Queens of Dancehall are going all out to make the live show a true dancehall experience with presentations of dance, fashion and comedy in a true dancehall atmosphere topped of with the immortal Stone Love playing in the background. 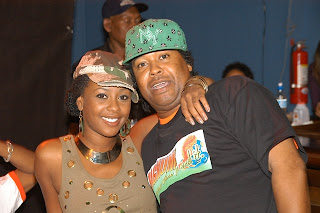 Every week on the Magnum Kings & Queens of Dancehall stage high dancehall fashion will be featured. Saturday February 16th saw designer to the stars Balla Shaun premiering his latest dancehall wares to the Magnum Kings & Queens Audience for the first time. Comedy, an important part of the dancehall culture will also share the stage on a weekly basis with appearances by some of Jamaica’s most hilarious comedians. The live show will also feature a top dancehall celebrity judge each week to add ‘spice‘ to the show.

To top it off, Kameica Reid, Professional choreographer with Dance Theatre Xaymaca known for her work on one Beenie Man‘s Dancehall Queen Video, Cham’s Vitamin S, Ce’Cile‘s Give it Me and Left Side and Esco’s Tuck in u Belly will present a weekly demonstration of the latest dances along with new trends in dancehall movement.

“With a fusion of technique and street we plan to put on a mind blowing show highlighting the sexy, the gangster, the party, the story and the phenomenon that is dancehall,” observed Kameica Reid, Choreographer with Dance Theatre Xaymaca “With real dances, real dancers, and a quality of international standards, Magnum Kings and Queens of Dancehall will be at a level people never knew existed in Jamaica.” 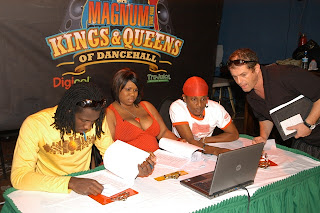 As of this month – Weekendz Bistro & Bar on Constant Spring Road will be transformed into dancehall central. The twenty Princes and Princesses from the five auditions along with three wild cards will begin the journey to become Magnum Kings and Queens of Dancehall. In the end only two will be crowned supreme royalty. Will you be there when history is made?