Sultry soul singer John Legend has been added to the star packed line up for the Smile Jamaica-Africa Unite concert on Saturday February 23 at James Bond Beach.

The Smile Jamaica-Africa Unite concert will be the Grammy winner?s third performance in Jamaica. Legend wowed Jamaican audiences at Reggae Sumfest as he performed alongside rapper Kanye West and he also headlined the Air Jamaica Jazz and Blues festival. Legend exploded on the scene with Ordinary people. The Track and album were local and International hits. His follow up album spawned the chart topper Stay with You, a favourite of Jamaicans, Legend will have audiences singing along. 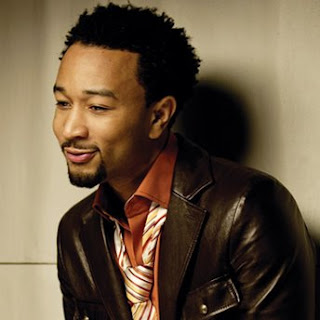 John Legend grew up in Ohio, surrounded by every musical influence from gospel to hip-hop. While attending university Legend found time to make his own music, whether it was recording his own albums, performing at talent shows and open mics, or directing the choir at a local church. In 1998, John got his first taste of success, playing piano on Everything is Everything off Lauryn’s Hill’s multiple-Grammy winning album, The Miseducation of Lauryn Hill. In 2001, a college roommate introduced John to the then up-and-coming producer/artiste Kanye West. By 2002, Legend was part of West’s creative team, appearing on albums by Talib Kweli, Common, Alicia Keys, Mary J Blige and on West’s 2004 breakthrough The College Dropout.

Legend then burst unto the scene in 2004 stepping into the solo spotlight as a premier singer-songwriter-pianist-performer in his own right with his debut album Get Lifted. This was a critical and commercial triumph, earning John an astounding eight Grammy nominations – he won Best New Artiste, Best Male R&B Vocal Performance and Best R&B album, selling more than three million copies worldwide.

Legend captured the hearts of his audiences with his boyish charm as well as his honest and daring approach in his lyrics to topics such as love and cheating. On that level he has connected with his fans in each and every arena he has performed at. Legend?s success only continued with second album Once Again. The pop/soul album is fueled by intelligence, intuition, sensuality, spirit and creativity and includes tracks with artistes such as Raphael Saadiq, Kanye West, Craig Street and will.i.am. Once Again saw hit songs such as Save Room, Stormy and Where Did My Baby Go.

Even more so than he did on Get Lifted, John went boldly in his own creative direction on Once Again, opting to write, not from a marketing standpoint, but from his heart and soul and personal experience. The already iconic Legend is scheduled to perform at the Bob Marley tribute concert Smile Jamaica among other legends such as Bunny Wailer, Black Uhuru and the Marley sons: Stephen, Ziggy, Julian, Ky-Mani and Damian ?Junior Gong? Marley.