Dancehall’s bad boy David “Mavado” Brooks will be setting his sights on doing good when he headlines the 2008 Soul Rebellion event on March 11th in Negril, Jamaica. 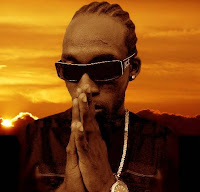 Meeting much success with the release of his debut album “Gangsta For Life: The Symphony of David Brooks” back in 2007 (VP Records), Mavado has since shared the fruits of his labor with his homeland by launching his “Connect Jamaica” charity, where he donates computers to local schools.

This made him the perfect candidate for the face of Soul Rebellion – the festival with a cause, where proceeds from each fundraising event are invested back into the local economy in Jamaica. By targeting the spring break crowd, Soul Rebellion hosts a number of unique events and concerts that are geared towards raising funds to help rebuild local schools and strengthen local communities, long after the tourists depart. Spring breakers can buy a brick and decorate it with their names or Greek letters, and those bricks are then used to rebuild schools, thereby creating a positive change in the social and economic landscape of the tourist destination.

Soul Rebellion 2008 occurs every Tuesday during the month of March at the Jungle Nightclub in Negril, with daytime activities happening at Travellers Beach Resort. Travel packages can be booked at Student City; use promotional code “soulrebel1” for travel discounts.

Contact Michelle Naraine for more details, but for media accreditation to this event, e-mail Rhona Fox