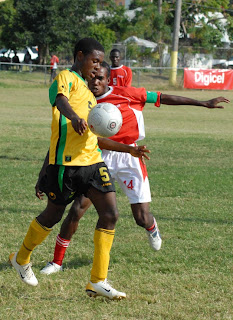 The eighth and final leg of the Digicel Kick Start Football Clinics ended in Jamaica with a 1-0 win for the Jamaica National U20’s against Seba United. A proud Jamaican born John Barnes congratulated the Nationals on their hard fought victory: “It was not an easy win, but a well deserved win. It is not always easy for a team that does not usually play together to win against a team like Seba United who play together all the time. You worked together well today in the true spirit of teamwork.” 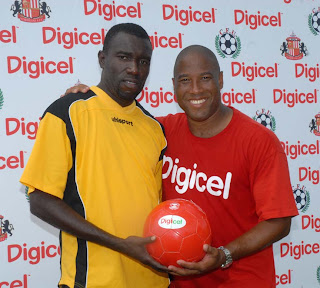 The 22 players selected to make the National U20 team were put through their paces for two days during the Jamaica Digicel Clinics. Head Coach for the National Junior team and Assistant Coach of the Jamaica Digicel Clinics, Theodore ‘Tappa‘ Whitmore, commented on the two day training: “What John Barnes has implemented here is exactly what these players needed. They needed to be reminded of the basics and John has brought it back to basics. We have a lot of talented players here and these Clinics have helped them to adopt the right attitude, the will, the discipline and the focus needed to be professional.” 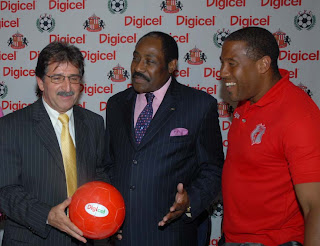 At a recent press briefing, Jamaica Football Federation (JFF) President, Horace Burrell, commended the efforts made by Digicel with the Digicel Kick Start Clinics: “In 2005, Digicel saw the light and made the wise decision to focus on football, the most popular sport in the world. They have now taken over Caribbean football, not only as a sponsor, but as a company who make every effort to develop the sport in the region. The Digicel Clinics is a true reflection of that Digicel has been doing with Caribbean football and I assure them now, that the process of development in Jamaica will continue after the Digicel clinics.” 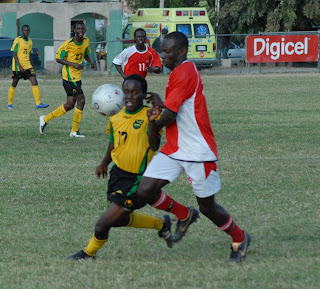 After the match, Digicel Clinics Head Coach, John Barnes gave the boys from both the National U20 team and Seba United words of advice for the future: “While only six boys from the region will be picked to go to Sunderland, this should not dishearten those who are not chosen. The opportunity is there and you never know who may be watching, so stay diligent, keep focused and work hard to be the best footballers you can be.” 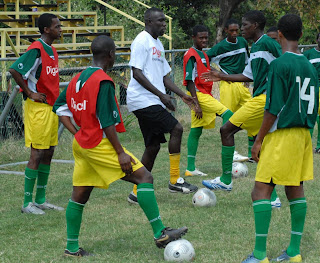 John Barnes will now have the difficult task of selecting the six most talented Caribbean footballers he has seen, who will be offered the once in a lifetime opportunity to travel to the UK to take part in one week’s training at English Premier League side Sunderland AFC’s Academy of Light. The announcement will take place in Kingston, Jamaica at the end of February.