Chief Justice Of Barbados shows very human side at fund-raiser: Former AG brings house down with his musical talent

Ordinarily, I stay far from items that are close to home, but the content was so rich and diverse – it had to be shared…

The night David Simmons set the Brazilian Embassy on its ear! As those who follow blogs know, there are some who think of the former AG as being negative or lacking in certain ways, but for me and that night I will be forever grateful to Sir David as well! Since profound thanks must be extended first and foremost to the sterling efforts of Ambassador Orlando Galveas Oliveira in creating this event as an appreciation for what mom has done for the local arts by writing her insightful reviews over the years.

It was an evening of Image & Sound at Las Palmas, a gorgeous expanse of property set very subtly and quietly inside of Rockley. The purpose to help raise funds for my mother, she’s diabetic and had to spend time at the QEH for close to 4 months and still was expensed vastly and used most of her savings at the Credit Union to supply her various needs in this moment of crisis. 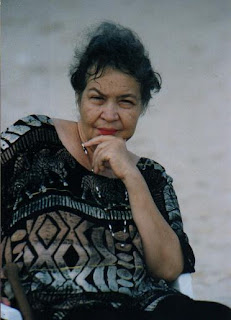 Mom is currently taking infrequent physiotherapy lessons to learn to walk again (she endured a minor amputation) and while I still believe it is my duty to help her, I can only accomplish so far for her, as she well knows. 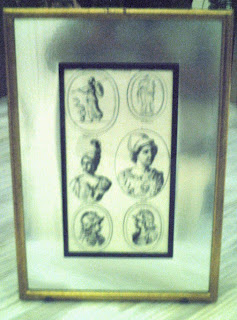 So the display of Greco-Roman engravings from between the 17th and 18th century were a delight to appreciate as guests wandered in. I saw Minerva or Pallas Athene, the trials of Heracles/Hercules while contingents of Brazilians, Germans and a scattering of French wandered in to the green manse – I had no idea so many foreigners were actually resident here in Barbados!

There were also Barbadian folks like the renowned tenor Robert Best, Dr Hugh Corbin, Ex-Senator Keith Laurie and his daughters, Lisa Cole of SOJE-Lonsdale with hubby Bob Kiss, Faye Best late of the B’dos Advocate now with her own organisation providing company gifts like pens and portfolios, Janice Whittle of the NCF, Guyanese-Bajan actor/painter Patrick Foster, Sue Walcott of the Waterfront Cafe… The place was packed, I actually started to cry to see how many folk love my mother besides myself! 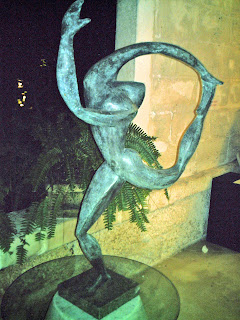 In addition to the beautiful renditions of the Greco-Roman engravings, there were displays of contemporary Brazilian and Grecian art. The Brazilian artwork, both paintings and sculptures, I could not get close to many of them due to the sheer numbers of patrons. But I was able get a better glance at the works of Achiles Droungas, the modern Greek who likes to glimpse at the classics with tongue in cheek. There were a good few sets of classical music on display for patrons, like when Andre Hoyte did what I call the aria at the end from the Barbra Streisand/Jeff Bridges “The Mirror Has Two Faces” and Norma Bowen attempted Gershwin’s “Cant Help Lovin’ Dat Man O’Mine” from Porgy & Bess. 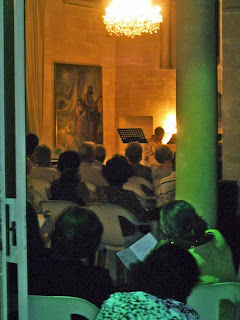 Bill Grace surprised some audience members with his flute and piano New Age composition, We Are One. There was an art auction of various pieces including donations from Fielding Babb, Heather Harrington-Jones’ customised jewellery, Neville Legall, Dr Corbin, Jill Walker and the aforementioned Bill Grace. 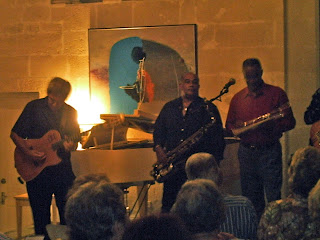 But the scene stealer of the night was Sir David Simmons, not as Chief Justice that night but a musical raconteur who had the crowd’s feet and hips thrumming and pulsing with sheer delight.

His ensemble included … guitarist Aubrey Choy, keyboardist Leonard Griffith, Ian Bishop – no, not the cricketer but our Bajan attorney and Elvis Edwards on bass guitar. 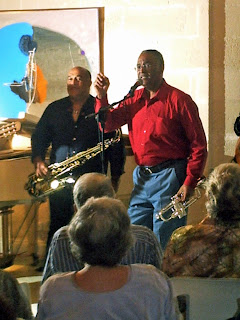 The crowd was wowed with a dreamy rendition of What a Wonderful World, Jobim’s Meditation, then a rendition of Desafinado which was stretched out beyond its usual duration, sent the people spinning around the floor. 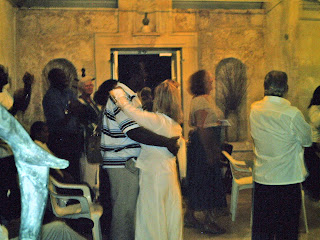 However, the true coup de gras that night was Sir David, there was his own version of Mac The Knife, when he actually sang it through and also the classic, Brasil – he was so into the moment, one almost wonders if he wouldn’t have rathered to have followed this path in life instead of law and the judiciary?