Digicel customers can expect the introduction of more cost saving products this year. In addition, the telecommunications company will continue to upgrade and expand its network to improve coverage and the mobile experience for its customers.

These are some of the major enhancements outlined by Faye Gill, Digicel Barbados? head of marketing during the company?s fourth anniversary press briefing at Hilton Barbados.

?Our emphasis in 2007 was to provide all the benefits of a bigger, better network to our customers and stakeholders. This reference to network is not limited to our technical infrastructure and capabilities, because when we say network we are speaking of the business as a whole,? Gill explained.

Just short of US$1 million was spent on network and expansion in 2007 to improve coverage and call quality Five new cell sites were erected in strategic areas – Rock Dundo, Husbands, Dover, Highclere and Farley Hill. Temporary sites were also set-up at Colony Club on Highway 1, and in the Sandy Lane area for improved coverage on Highway 2A. Nine of our existing cell sites across the island were upgraded, including at the Grantley Adams International Airport, Oistins, Holetown, Newton, Upper Carlton, Sagicor, Sheraton Centre, The University of the West Indies, Cave Hill and the Harbour.

In July 2007 Digicel successfully launched a Push-to-Talk service, designed to bring significant value to businesses, particularly those in the Security, Construction and Hospitality sectors. The service allows these businesses to use their mobile service in manner similar to how they would use a short-wave radio service at a much more cost-effective rate. Also, early in the first quarter of 2007, Digicel introduced the only mobile pricing plans on the island that include both local and international calls. The DigiBusiness Plus Plans include calls to the US, UK and Canada.

Introduction of an Upgrade programme ? 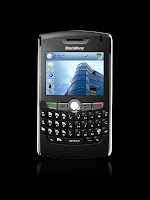 Gill assured that 2008 will be even more exciting and noted that in the coming months the company will be rolling out an EDGE platform. ?With EDGE customers using our Blackberry service and EDGE- capable handsets will benefit from quicker connections and download speeds, in some cases up to four times the existing speed,? Gill explained.

?We will also be placing significant emphasis to continuously offer innovative products and services to customers because we recognize their importance, and value to our business.

Gill noted that the company will be doing even more for educational, sporting and cultural activities, including Crop Over, the National Football team, motor sports and Special Olympics in 2008. 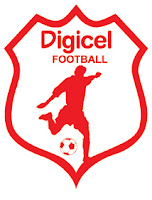 ?As we celebrate our 4th anniversary today, we remain committed to providing the best innovative products, superior network and quality customer care experience to our customers. We wish to thank all of our customers for their continued support, and special mention be paid of all those loyal customers who have been with us for the past four years.?