Barbadian Minister Of Education, Ronald Jones cited hunger as a main driving force for successful soccer players in this region – his words proved prophetic as the final eight of the Digicel Kick Start Clinics had not a Bajan in a slot.

This is one area he will have to refer to Sports Minister Dr Esther Byer-Suckoo and and their Cabinet colleagues will have to redress in a hurry so as not to miss out on superb opportunities as this one afforded via sponsorship from the Caribbean’s bigger, better GSM Network.

{Ed’s Note – Do you see how many guys have their hair plaited or braided and still were not denied an opportunity to better themselves? They were judged on content, as opposed to substance? SJPP & Matthew Farley take note!}

today announced the eight Caribbean U20 footballers who have been chosen to train for one week at Sunderland AFC?s Academy of Light in late March.

Such was the impressive level of talent that was evidenced during the seven week Digicel tour, the English Premier League club has now agreed to take two additional Caribbean players, after John Barnes highlighted the level of talent he encountered at the clinics.

And the recipients of this once in a lifetime opportunity are: 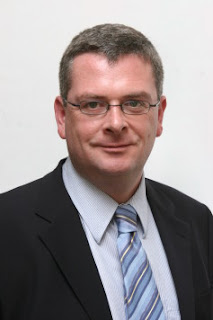 Speaking at the press conference, Colm Delves, Digicel Group CEO, explained: ?We are delighted with the fantastic success of our inaugural Digicel Kick Start Clinics and excited about the role this initiative is already playing in the development of our young football talent.

?Sunderland AFC has been a magnificent partner in this initiative and we are confident that their relationship with Caribbean football will continue to grow from strength to strength,? added Colm Delves.

The Digicel CEO also acknowledged that the Clinics would not have been made possible without the extraordinary commitment and energy of former England footballer and Caribbean native, John Barnes, who coached all eight clinics in eight countries in the past seven weeks. President Jack Warner and the Caribbean Football Union were also acknowledged as being crucial partners in ensuring that all elements of 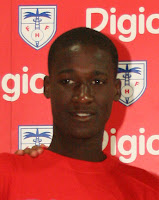 According to the President of the Caribbean Football Union, Jack Warner: ?These eight players will help bring National pride back into Caribbean football. Guyana, Haiti, St. Kitts & Nevis, Suriname, Trinidad & Tobago and Jamaica now have new young football heroes to recognize. Caribbean football is strong, as recent successes in World Cups have shown, and thanks to this Digicel initiative we have had the opportunity to demonstrate that our young footballers also have the talent and the dedication necessary to make a mark on the International stage.?

Digicel Kick Start Clinics? Head Coach, John Barnes explained the selection: ?In the six weeks of travelling, we have seen an abundance of talent, dedication, togetherness and commitment. It is important for all of the boys to know that the chosen eight players will represent every one of them. 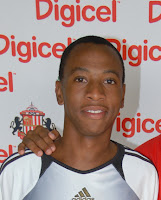 They are Caribbean Football Ambassadors and my hope, and I know it is also the hope of Digicel and the CFU, is that their journey to the UK will open people?s eyes to the potential of the Caribbean as an untapped talent pool.?

The eight Caribbean U20 footballers will begin their Journey of Champions on 23 March where they will spend one week training under the guidance of the English Premier League?s Coaches in Sunderland AFC?s Academy of Light.

At the end of their week?s training, the young footballers will visit the Stadium of Light to watch Sunderland take on West Ham in the Barclay?s English Premier League.

Digicel is a long time supporter of Caribbean football, partnering with a number of Football Associations where it operates such as the Jamaica Football Federation, the Haiti Football Federation as well as the football associations of Guyana and Suriname, among others. The company is also the title sponsor of the Digicel Caribbean Cup which involves over 30 Caribbean countries and is the Caribbean qualification tournament towards the CONCACAF Gold Cup.