Barbadian-owned Pyramid Entertainment Management made history during the highpoint of Trinidad and Tobago?s Carnival, by being the first foreign entity and entertainment company to put a music and performance truck on the road for T&T Carnival. 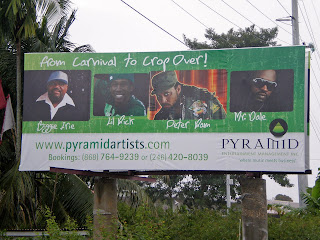 In 2008, they aligned themselves with the big mas band Tribe, consisting of over 5,000 eager revelers to present the Pyramid “All Star” music truck. Complete with a performance stage, music by Dawg-E-Slaughter and X-caliber and fully equipped by Tank Sound Systems, the truck was a literal media magnet, attracting not only spectators with cameras but also crews from local, regional and international media houses (who took opportunities to interview the truck?s featured artistes).

Pyramid had broken boundaries last Carnival when Biggie Irie (one of the main talents in their group) became the first non-T&T national to win the International Groovy Soca Monarch Competition. 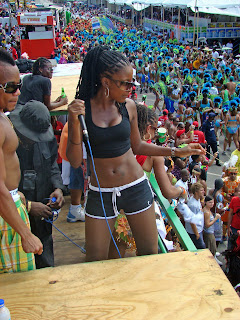 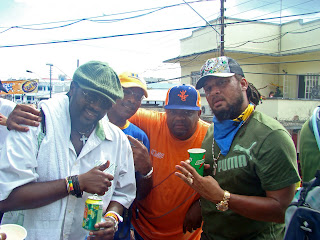 In addition to the music truck, Pyramid Entertainment also made a promotional impact for their company, their artistes and for the general festival culture of Barbados by erecting a 20′ X 8″ double sided billboard on the east/west corridor of the Churchill Roosevelt Highway which reads ?From Carnival to Crop Over” and features images of four of the Barbadian superstars on the Pyramid roster, Biggie Irie, Lil Rick, Mr. Dale and Peter Ram. 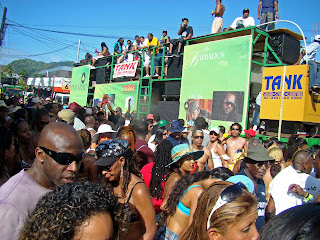 Pyramid Entertainment’s management team Santia Bradshaw and Ruel Ward, express their sincere gratitude to all of the artistes who performed on the truck, the radio stations which continue to promote the music of the Barbadian and regional artistes, the promoters who were responsible for booking the artistes over the Carnival season and the Barbados Tourism Authority (BTA), whom they invited to come on board as a co-sponsor, in an effort to promote the Barbados Crop Over Festival and encourage the participants of T&T?s carnival experience, to join them in Barbados for their festival in August of 2008. 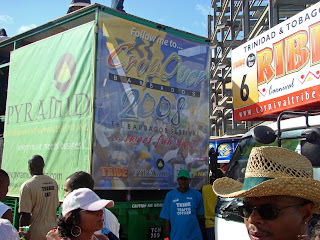 Pyramid Entertainment is a booking agency, management and artiste representation company providing established and emerging artistes with a range of services to increase their earning potential and exposure in traditional and non-traditional music markets.