Bernard Lorde earned his first provincial championship at Uxbridge, Ontario on Sunday by winning another gold medal at the second team trial games. This qualifies him to represent Ontario at the Canadian National Championships in Montreal, Quebec on March 8th to 9th. 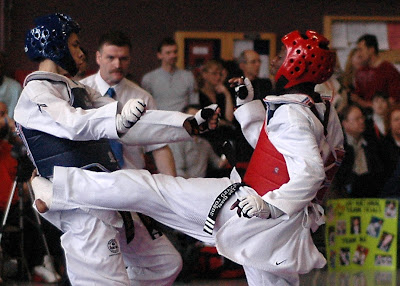 Fighting in the featherweight division, Bernard scored a decisive 11 to 7 win in his first match highlighted with some aerial acrobatic moves that had the crowd oohing with delight.

His second match was close 7 to 6 win over former national champion Kamil Dubinski. In this contest he relied more on delivering powershots and good ring management against a more experienced fighter in Kamil.

The final match was an entertaining 6 to 5 masterpiece against his school team mate and current Panam junior champion Eric Phamhung now a senior. 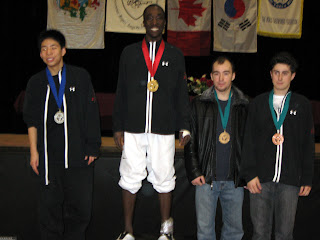 His main objective now is to recover from all the minor injuries as he prepares to take on some of the best fighters in the world at the US open in New Orleans February 8th to 10th.