Over in the UK, 2008 Images of Black Women Film Festival (IBW) continues with the tradition of outstanding film programming. IBW will open International Women’s Month with a 3-day-event showcasing a breathtaking variety of films from women filmmakers of African descent, on February 29th, March 1st & March 2nd. IBW will close International Women’s Month celebrations with a further event on March 29th. This year’s events have been organised in partnership with outstanding community organisations such as the 100 Black Men of London and BFM. The festival will take place at the following venues: Tricycle Cinema, the ICA & the Bernie Grant Art Centre.

The IBW 2008 Festival promises to showcase films that increase people’s knowledge of black women and their role in cinema. IBW offers audiences an opportunity to appreciate a vital, energetic and innovative selection of films. This year IBW wants to encourage people to look beyond the stereotype with its campaign “

You don’t know me. But you will.” It is a simple but audacious campaign using a commercial and postcards that highlight the under representation of black women in film and television.

The campaign was created by Joan Hillery & Avril Evans, two talented women filmmakers who won IBW 2005 Best West London Short-Film Award for “Lipservice”. The message that the pair convey in the commercial is “One by one black women come out of the darkness and into the light to demonstrate how determined they are to succeed in the industry regardless of the obstacles. Their confidence and talent will ensure that although we do not know them, in time we will.” 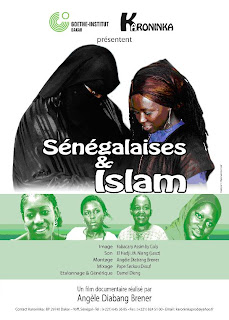 The commercial will open each screening at the IBW festival. The campaign will remain in the public eye not just during the festival but throughout the year. IBW’s aim is to sustain and boost visibility for black women’s work in the medium of cinema.

The 4th April 2008 will mark the 40th anniversary of Dr. Martin Luther King’s assassination. IBW will commemorate his death with a screening which will be followed by discussion panels exploring the legacy of the Civil Rights Movement with an insight into women’s role during this period.

edutaining” with a “Hallywood” (Haiti/Hollywood) twist… and a vibrant selection of films from the Diaspora with films from UK, US, Senegal, Niger, Haiti & Guadeloupe.

In addition to the IBW Emerging Filmmaker Award, showcasing the 3 best films out of the short-film competition and a richly entertaining children’s programme, we will be honoured with the presence of two outstanding African Women directors who have captured their culture & history on film. 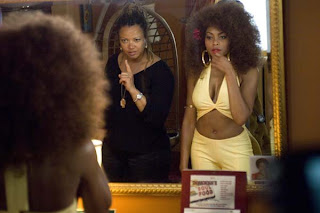 This year’s festival will open with our “Remember & Reflect” forum, to commemorate the 40th anniversary of Dr Martin Luther King’s assassination. The festival’s opening film “Talk to Me“, from US black woman director Kasi Lemmons gives an insight into the black empowerment movement of the 60’s. The film’s centre point is the devastating effect of Martin Luther King’s assassination on America. This quality drama featuring Hollywood A list Don Cheadle & Chiwetel Ejiofor will be the catalyst for a discussion panel around today’s youth and the legacy of the Civil Rights Movement.

Further screenings will highlight women’s role during this era: “Beah: A Black Woman Speaks” (US) by Lisa-Gay Hamilton, a documentary that celebrates the life of legendary African American actress, poet and political activist Beah Richards, best know for her Oscar nominated role in “Guess Who’s Coming to Dinner”. She had an influential role in the fight for Civil Rights working alongside the likes of Paul Robeson, W. E. B. Dubois and Louise Patterson. Films such as “Loving Hand: The Sybil Phoenix Story” (UK) by Lucia Tambini & “Gerty Archimede: The People’s Candidate” (Guadeloupe) by Mariette Montpierre will show the similarities and differences between women’s struggle against discrimination in France & the UK.

Black is beautiful” will be revisited with the comedy “Phat Girlz” by Nnegest Likk? followed by a discussion panel to explore mainstream influence on the way black women feel about themselves. The film’s main male character, who is rising Hollywood talent Jimmy Jean-Louis better known as the Haitian from TV series “Heroes” will have a Q’s & A’s session with the audience. He will also introduce the Haitian film “Cousines” by Richard S?n?cal. 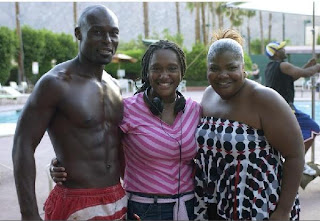 Last but not least, is the very special event featuring the UK premieres of films by two African Women Filmmakers; Have you ever wondered how Muslim & Non-Muslim people have shared the same country in peace for centuries? Have you ever heard of the film genre: the African Western?

This exceptional and unique forum will take you by surprise with films such as “My Beautiful Smile” and “Senegalese & Islam” by Angele Diabang-Brenner, Senegal’s most promising young female filmmaker; and the Award winning film, “Al’l??si, An African Actress” by Filmmaker/journalist Rahmatou Ke?ta from Niger. Both filmmakers will have Q’s & A’s with the audience.

Images of Black Women (IBW) will hold its annual Emerging Filmmaker Award: short film competition winners’ showcasing eclectic and thought provoking topics such as Darfur, Child Neglect & Afro hair. There will be a short preview of “Afro-Saxon” a brand new feature from UK director Rachel Wang. As part of the Children’s Corner tradition, IBW will feature a richly entertaining children’s programme with films from the National Film Board of Canada’s “Talespinners“, a programme that uses vibrant animation to bring popular stories from a wide range of cultural communities to the screen.