The third and final day of the Suriname Digicel Kick Start Clinics ended on Sunday February 3 with a high tempo match and a disciplined performance by both the National U-20 and the opposing team Robin Hood. Robin Hood fought aggressively but gave away the match in the second half. With the score 1-1, the Robin Hood goalie fouled the National U-20 attacker, giving the Nationals a penalty kick which led to their 2-1 victory at the Franklyn Essed Stadium in Paramaribo. 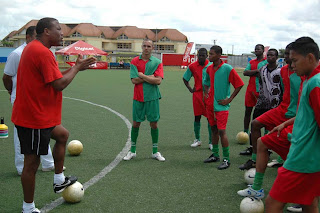 After the match, Digicel Clinics’ Head Coach, John Barnes commented on the Surinamese players: “I like what I saw today. The match was played in good spirit, and all the players exhibited the discipline and togetherness that I have been speaking about. There are about three or four players from Suriname that will be up for consideration to go to Sunderland and one of the players I’m considering is from Robin Hood. What I have seen here today shows commendable promise for the future development of football in Suriname.” 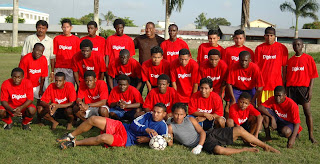 John Barnes was able to see the raw talent of the Surinamese the day before the start of the Digicel Clinics when he was invited to referee a match with the young boys at the Christophorus Children’s Home in Paramaribo. The trip gave Barnes a sample of what to expect from the National U-20 side during the Suriname Digicel Clinics.

At a press briefing held on Thursday January 31, Louis Giskus, President of the Suriname Voetball Bond (Football Association), spoke confidently about the talent Barnes would find in Suriname: “We have very disciplined and dedicated players here in Suriname and I know that Mr. Barnes will be able to find players to go to Sunderland right here in Suriname.” 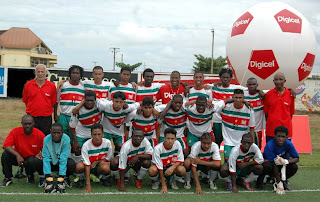 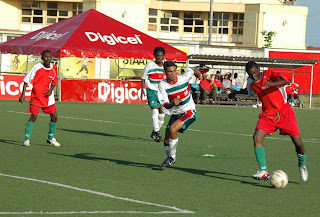 Suriname National U-20 Head Coach, Kenneth Jalins noted the structure of the Digicel Clinics: “The organisation of the Digicel Kick Start Clinics is very good. The structure of the sessions ensures that the players get everything they can out of it. Barnes is very clear and precise and makes it easy for the players to understand what he wants from them. He is very motivational and he has shown them how to further develop skills they already have. Barnes has a good spirit on the pitch, is motivational and has a passion for developing young footballers.” 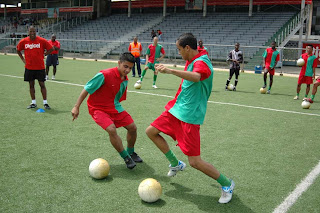 At the end of the CFU sponsored eight-country Digicel Kick Start Clinic tour Barnes will announce the select six chosen to train at Sunderland AFC’s Academy of Light for one week in March 2008. The announcement will take place in Kingston, Jamaica on Saturday February 23rd.