Dave “Piggy” Porter may have changed the life of one Barbadian teenager for the better, thanks to Dave – Chris Corbin has a chance that few get to pursue; a professional career in soccer, with a chance to share that knowledge with a next generation of budding Bajan goalkeepers, strikers, midfielders and the like. 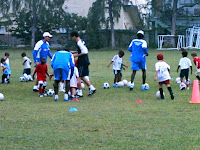 Dave recommended for Chris to go on a tour in summer last year with the Ajax (it’s pronounced eye-yaks in Dutch) team for ten days over in Holland.

While Chris was training there,

his skills and talent were immediately recognised and was given a chance to apply for ten more days this year in Milan with accredited coaches.

When that session is over he starts in the UK at Keeps Goalkeeping Academy for two years in association with Brooklands College with subjects like Biology, Sports Science, Physical Education as well as a basic grounding in Sports Injuries. 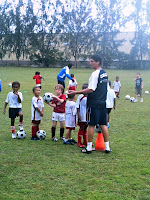 – if their grades drop then the coaching stops! Yet the whole stint at the school is structured so it is a very even balance of learning and coaching.

When the grades reach a certain level, the reward is that trials are arranged for the pupils with different teams. Should that happen,

then a trial becomes a job in Britain and the stay changes to permanent.

Chris says he actually looks forward to that possibility, but he would not forget his roots – he would come back to Barbados and impart what values were set in him to another generation of young kickers, just like John Barnes did with the Digicel Kick Start U-20’s here in Barbados recently.

Chris is an avid student of the sport – for the last six years he has imbued himself in this game. 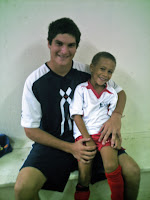 He’s already familiar with teaching, Chris coaches 4 to 5 year olds at Barclays Playing Field on Tuesdays, Thursdays & Fridays – these are the Barclays Junior Kick-Starters and he is an assistant coach for Dave “Piggy” Porter.

Chris jokes that one of his star pupils is this little Shane to the left, who is never without energy, come rain or come shine!