Three projects have been earmarked to help SKN students who have unfair social and economic situations to compete in school and later on in the working world.

The projects jointly referred to as the ?Hemispheric Project on Secondary Education? is a joint project of the countries of the Organization of American States (OAS) to share best practices in secondary education.

Stressing the fact that teachers must maintain impartiality when grading disadvantaged youth, Dr. Ruth Thomas, who was chairing the opening ceremony of an assessor?s training workshop (one component of the Hemispheric Project) explained that it was necessary to seek other avenues of assisting these students? level of competitiveness.

The OAS grouping decided that in order to address these issues faced by the education system, the remedy would be to provide the highest level of quality education there is to students regardless of their income bracket.

The specific project which was launched yesterday at the University of the West Indies Centre was the ?School Management and Educational Certification for Development and Accreditation of Key and Basic Labour Competencies at the Upper Secondary Level Sub-regional Assessment Workshop.?

The other two projects address the quality of teacher education and developing strategies to prevent school failure.

OAS Director Mr. Starret Greene gave an overview of the origins of the Hemispheric Project. He said it was designed and developed by the OAS in consultation with the governments of its member countries.

The director said while it is too soon to carry out a full scale assessment of the success of the hemispheric project, the Federation of St. Kitts and Nevis is one of the territories vigorously attempting to reap the benefits. 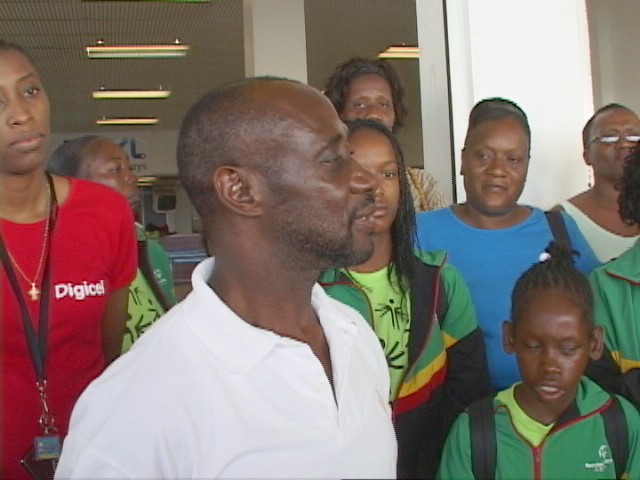 Deputy Prime Minister and Minister of Education Hon. Sam Condor placed on record appreciation for the contribution of teachers towards the development of education, national development and nation building.

He stated that the importance of such training becomes clear in the context of the region?s efforts to make the CARICOM Single Market and Economy fully operational as well as to diversify the national economies. The need for quality skills and service becomes pronounced.