A moment of seeming mystery at the Arrivals Hall at the Grantley Adams Int’l Airport, when what was clearly a large bottle of Absolut shrouded behind drapery and spotlights as a veritable Who’s Who of Barbadiana gathered such as Ann Rudder and Maria Elias… 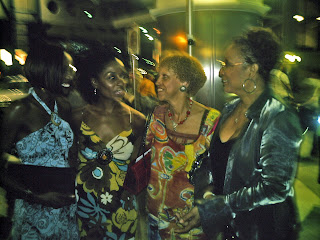 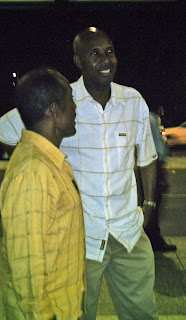 Khalil Goodman from the Advocate was there hobnobbing about. 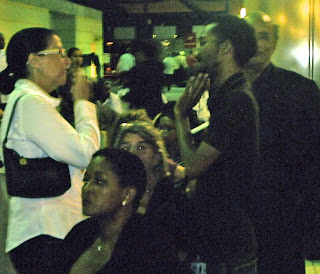 Phil Harden of the Olympus Theatres chatted with an old schoolchum of my days at Kolij. 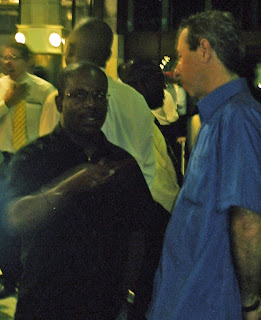 Ann Dodson was very animated in talking with Denese Menard-Greenidge… 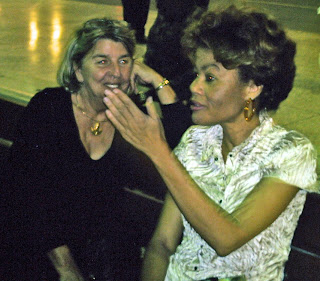 When the moment finally arrived for unveiling, Horace Walker – Brand Manager of Absolut in Barbados made this comment about the vodka tapestry, “Each of the 11 pieces represents a unique artists’ interpretation of his/her territory and represents a vibrant synergy between their own expression of indigenous art culture and the globally recognised elegance of the Absolut Brand.” 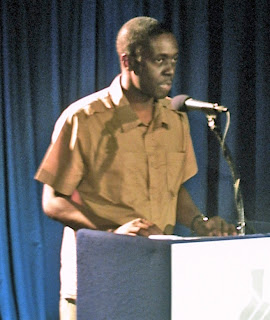 Also on hand for the occasion was Keith Goddard, the PRO for GAIA, who indicated talks were ongoing with the B’dos Arts Council to exhibit even more artwork around the facility in the very near future. 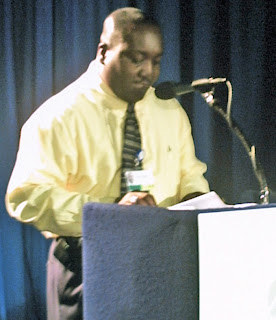 The airport location by Arrivals was chosen due to the flow of passengers that would not only be local but overseas as well – however when they drew the shroud from the tableau they were fighting with the volume of the announcers who make flight notices. Would it not have been better to place it at the Concorde Museum? 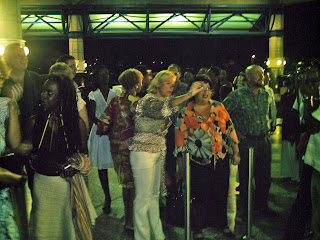 Another thing – dry ice and the opening notes of “Thus Spake Zarathustra” a la 2001: Space Odyssey is a wee bit overdone… I think silver confetti in the shape of Absolut bottles would have been better than the chilled CO2 and perhaps a smidgen of Queen – maybe from “Bohemian Rhapsody” or “We Will Rock You” or even a snip from their soundtrack days like “Flash Gordon” or “Highlander” would have equally been appropriate. 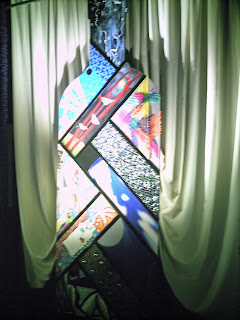 When you see this picture, every sliver represents a different Caribbean area or a territory in South America. I spoke to the Barbadian artist who contributed afterwards – Ann Dodson – and asked how long did it take to do her segment and how did she feel being part of such a complex plan?

She said it took a fortnight to create her piece and she kept wondering what was she doing as she was limited to the shape assigned her. 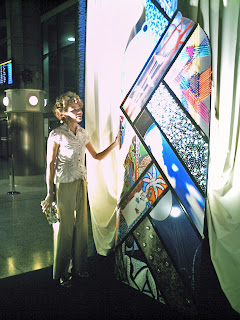 The overall effect of the work is initially overwhelming and has to be assimilated in smaller glances and try to appreciate each individual contribution before contemplating the entire vista. 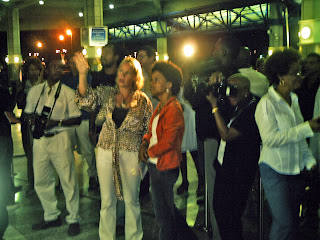 Once people finished glomming the work, they were invited upstairs to the VIP lounge for dainties like crabcake in a basket or spinach and cheese or mushroom & blue cheese in baskets or dip a chicken-kebab in some mango chutney. 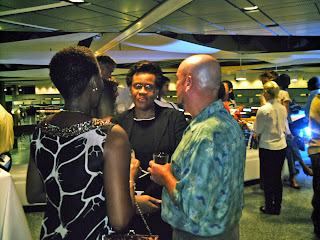 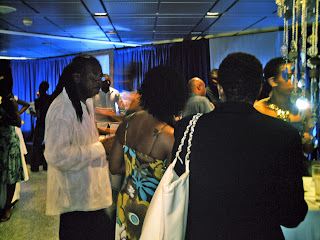 Fill a rocks glass with crushed ice; then pour in the Mandrin, Creme and Pineapple juice into a mixing glass. Fill with ice and stir (not shake) then strain the precious liquid into the rocks glass and garnish with the wedge. 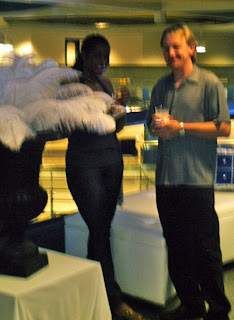 For the more daring, there’s the rather lethal Midnight Sun –

Pre-chill a cocktail glass; pour Absolut/Brandy&Vermouth into a mixing glass fill with ice cubes and stir as opposed to shaking then strain into cocktail glass and garnish with cherry. 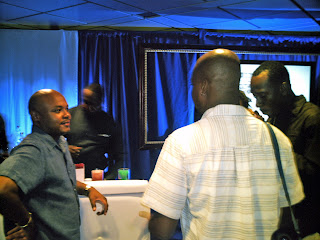 They do not say so, but it probably wouldn’t hurt to have two things handy for afterwards –