If you attended last Saturday’s Talk Hard at Limelight, hosted by Adrian Green and D.J Simmons, then you’ll recall the trio known as Nefasha Ayer (Meklit, Todd and Prasant).

Well, Tuesday evening just gone, they had a concert that night before they head back to the San Francisco Bay Area – Adrian and D.J took part as well.

The intimate crowd loved the collaborative cultural experiment joining rhythms and melodies from Ethiopia, India and the USA, with our very own Bajan Spoken Word. 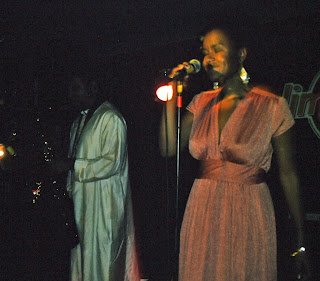 Meklit Hadero also sang solo pieces from her debut EP, “Eight Songs,” she’s an emerging San Francisco-based singer and songwriter who is giving new voice to the experience of a transcontinental identity.

Born in Ethiopia and raised in New York, Hadero’s story lays at the heart of her music and songwriting.

Over the last year, she was featured twice in the San Francisco Chronicle and dresses like Billie Holiday but sounds like a mixture of Joan Armatrading, Toni Childs, Sarah MacLachlan & Joan Baez. She also has a fascinating way of twining her hands almost like a Balinese dancer. 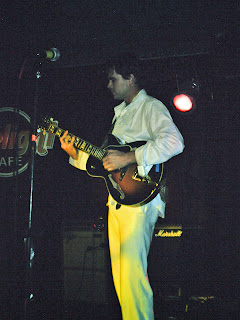 Todd Brown began study of guitar 20 years ago, and has since explored the rich and varied musical styles from Southern Spain, the African continent and Latin America. As an inter-disciplinary artist, his development has taken shape at the intersection of dance, music, and visual art. Unlike many Americans, his age belies his looks and incredibly, this highly talented stringsman is shy of 40 and looks almost half that age!

Prasant Radhakrishnan is the founder/composer for the SF-based Carnatic/jazz ensemble, VidyA. He is a former student of pioneering Carnatic saxophonist, Padmashri Kadri Gopalnath, and is a saxophonist identified with the South Indian classical (Carnatic) music and jazz disciplines. 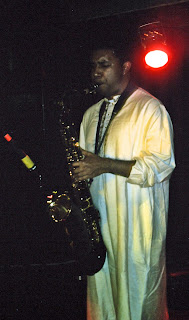 He has performed solo internationally in both traditions, with two critically acclaimed Carnatic saxophone albums to his credit.

That night, the audience was treated in the sense that the group did not do any covers of any popular tunes whatsoever – it was purely original tunes and it was appreciated.

She also did a song while here, appreciating the sweet Bajan breezes we get at this time of year and it was quite naturally referred to as “Wind,” yet the tune was based on Congolese rythms but for me Todd’s guitar work seemed rather reminiscent of Soweto.

Prasant delivered a sinuous solo that impressed the folk there that night, while Meklit used her own earrings as mini-cymbals and tapped them melodically during the work. 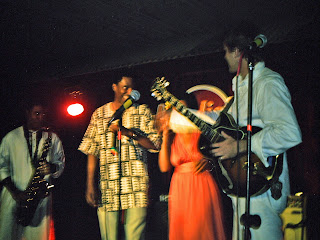 Adrian Green performed his signature “Ancestors,” and added a forthcoming work from a new cd yet to be released – it’s called “Water Daughter” and reminded me of an African version of “Fever.” It was very funny when Todd asked Amenyama what key is the song and AG tell him he only knows about the keys in his pocket!

DJ Simmons also delivered two of his signature pieces with Nefasha Ayer accompanying “I call you Poet” along with his pan-female anthem “Woman.” 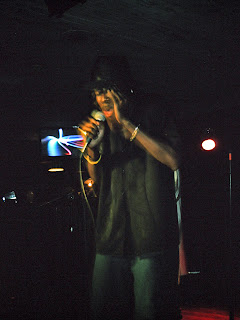 Nefasha Ayer have a niche appeal rather than a broadbased market, I can see them as an acquired taste for many yet their staying power may surprise many.