Magnum Kings & Queens of Dancehall has brought together three top dancehall personalities to help in the adjudication of the show; Cordell ‘Skatta‘ Burrell, Kadene ‘Miss Kitty‘ Hylton and Cardiff ‘General Degree‘ Butt. These three bring different personalities and tastes to the dancehall competition, but who are they and what are they looking for. 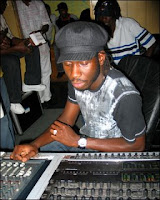 Skatta as he is sometimes called, has since 2001 amassed an impressive resume, highlighted by the simultaneous Billboard Hot 100 charting of four songs (Pitbull’s Culo, Elephant Man and Twista’s Jook Gal, Mr. Vegas’ Pull Up, and Nina Sky’s Move Ya Body), all of which used his massive ‘Coolie Dance‘ riddim. Commendable as that may be, Skatta has maintained his high standards dispersing hits riddims such as ‘Chiney Gal‘ and ‘Double Jeopardy‘.

Skatta is one of the most respected producers on the dancehall music scene and has a great eye for talent. Throughout the years Skatta has been responsible for the emergence of dancehall greats such as Aidonia and Cecile. With an eye for quality, Skatta is the right man for Magnum Kings and Queens of Dancehall.

Hailing from Manchester, another great dancehall icon judging the Magnum Kings and Queens of Dancehall competition is General Degree. In the early 90s Degree burst onto the scene with the smash hit Granny. After his 1997 self-entitled work ‘Degree’, the General worked on his new album ‘Bush Baby‘ which featured some of his best work ever. ‘Bush Baby‘ featured 16 tracks and a host of timeless tracks such as: Miss Gotti, Traffic Blocking, Boom Boom, Pleasure Tour, the title track Bush Baby and also featured commendable collaborations with maxi Priest and Red Rat.

Presently General Degree has been maintaining his focus on the music industry by staging the annual Manchester Fiesta stage show, producing a clothing line called Reh Geh and music production. General degree knows the music business and has immense experience which he lends continually to the Magnum Kings & Queens of Dancehall contest.

Bringing some fluff to the judging panel is the lone female of the three; Kadene Hylton or Miss Kitty as she is affectionately called. Miss Kitty is relatively new to mainstream media but has been in the background for several years.

Miss Kitty who launched her media career at Hitz 92 FM in early 2006 is now a regular staple on the dancehall scene and has won over many with her sometimes caustic wit and humorous musings. Miss Kitty adds spice to the Magnum Kings & Queens of Dancehall competition. Her experience on the stage has proven invaluable in choosing the best contestants to go forward.

While the judges all hail from different sectors of the dancehall culture they share the same view as to what they are looking for in the Magnum Kings and Queens of Dancehall.

“Presentation is very important;” Kadene ‘Miss Kitty‘ Hylton, Magnum Kings & Queens of Dancehall Judge observed, “The contestants must have good delivery and be able to bring something different which sets them apart from the crowd. We are looking for the next great Magnum King and Queen of Dancehall and the contestants must show us that he or she has that quality by giving us the lyrics, the comedy and the lifestyle that we have come to know as dancehall.”