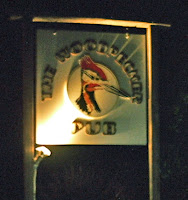 How did you spend Voting 2008 in Barbados? Was it firm determination, fervid desire or quiet contemplation, be it for change or to maintain the status quo?

Whether you’re celebrating the change or commiserating over a new era, there are equally valid reasons to grab a brewskie and we have done some solid investigations as where to go and when!

For ppl who want a wild & woolly time then it must be The Woodpecker Pub on Hastings Mn Rd in Christ Church. 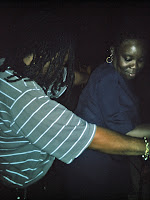 The Friday before voting they were playing Gillo’s “Time To Resign“; Sparrow’s “We Like It So“; or Gipsy’s “Captain (The Ship Is Sinking)” it was very obvious where their hearts were at!

So if you ordered, say, some wings at $15 and got 5, then at $17 you’d get ten wings! I have not seen their menu, so this is a good reason to head back there again!

Ah, the joys of vacation, I learned you could vote for Jumbie’s too… On Monday, while driving about, learned that Jumbie’s On The Gap was featuring Franc Mosbaugh as their main drawing card that night! 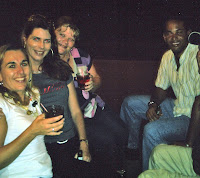 For those too young to recall (Grrrr, lol!), Franc was the tusks of Barbadian rock-group Ivory (In turn, the former Merriboys)!

Not only Franc, but Alan Sheppard along with Spice & Co. plus Alison Hinds while still with the real and original Square One should have been on the international charts and kicking supreme butt! So should Toni Norville when she had that slamming duet with Peter Ram! Why does it take overseas marketers to do what we should have done in the first place to crate Rupees, Rihannas or Shontelles? 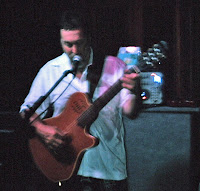 Why am I raving about Franc Mosbaugh, here is a man by himself on stage and he can do a Latin version of “Love Potion #9” and scat in the middle of it and take that classic sax solo from Gerry Rafferty‘s “Baker Street” and outdo the original Raphael Ravenscroft by yodelling the same solo? That takes art, balls and TALENT to pull it all off so effortlessly! 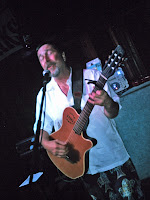 What I was surprised to learn about the event was that it was to benefit Alzheimer’s Research in Barbados! Franc’s mother has been living with this condition for some time and therefore the topic is something very important to him. Unfortunately Bajans did not feel the same way, only just under $500 was made to donate for research into this serious condition which can deprive Mankind of some of its wiser folk from previous generations!