The third and last day of the Guyana Digicel Kick Start Clinic saw a well contested game with many strong tackles on the soaked pitch at the National Park Rugby field. The National U-20 team matched up against the Guyana Digicel customer?s favourite: Fruta Conquerors on Wednesday, January 9. 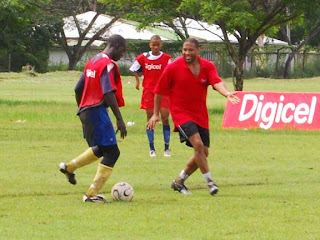 The coaching sessions themselves were well received and President Colin Klass of the Guyana Football Federation commented, ?It was a huge honour to have such a talented leader as John Barnes come to Guyana to provide his knowledge and experience to help us develop the youth structure we are attempting to provide support for in this country. I had the pleasure of seeing how our young players reacted to John?s advice over the last few days and I am in no doubt that the Digicel clinics have been nothing but advantageous for our young footballers.? 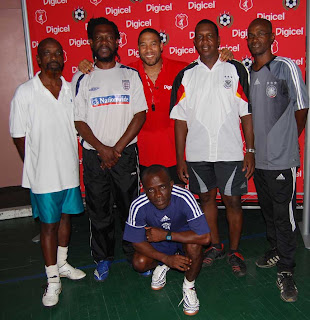 After the intense two day indoor training (due to heavy rains) with Digicel Clinics? head coach, John Barnes, the National team, on the third day, showed their strength and ability on the field beating the Conquerors 3-1. With one goal scored in the first half (National), the second half saw an exciting 45 minutes with the National team making 10 attempts at scoring. 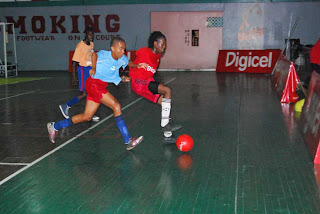 The National team, though showing a strong attack displayed poor finishing, setting up seemingly perfect shots but not being able to follow through. Mike Berry, Football talent scout and John Barnes? agent commented on the performances: ?It was a very competitive game with the National side showing a bit more experience. The Conquerors put in a great effort and they come out of this with a lot of credit. It was a great game and I really enjoyed the second half.?

Digicel Clinics Head Coach, John Barnes, watched intently by the sidelines, as the National team scored the third goal in the final 12 minutes of the game: ?All did much better than I had expected under the circumstances and the condition of the pitch. The ones who did well in training proved themselves today. I have chosen about two or three for consideration.? 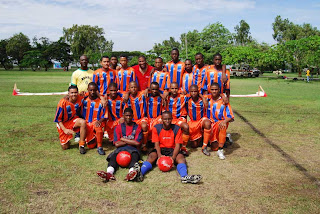 At the end of the CFU sponsored eight-country Digicel Kick Start Clinic tour Barnes will announce the select six chosen to train at Sunderland AFC?s Academy of Light for one week in March 2008. The Digicel Clinics now make their way to Haiti for the second leg ending Monday January 14. 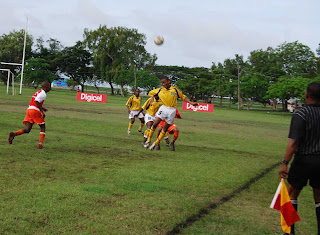