Back in May, we spoke of cricketing great Hartley Alleyne of Barbados who despite a family and a cool coaching job, may have been given the boot from England due to lack of certain qualifications despite his overwhelming wealth of experience, well AFP says that has changed – for a while at least…

The 50-year-old has been allowed to stay in Britain for a further three years following a review of his case.

Alleyne, who as well as appearing for his native Barbados also turned out at first-class level for English counties Worcestershire and Kent while also playing for South Africa’s Natal, has lived in England since 1978. 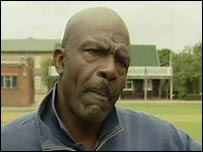 Labour tried to smooth matters but the Conservatives are hoping to use it as ammo, but the main thing is – the bowler has a family over there and he actually took time out to get the precious certification, but too late says the UK –

Alleyne whose English wife and two young children live in Liverpool, with a grown-up daughter in London, faced being deported back to Barbados but Canterbury MP Julian Brazier said Tuesday the Home Office would allow him to stay in Britain for three more years.

The former cricketer can then apply for an extension of another three years, by which time he should qualify for citizenship.

“This is like winning the Lotto,” said Alleyne. “It has been a very long, hard slog which has been dragging on for some eight months. 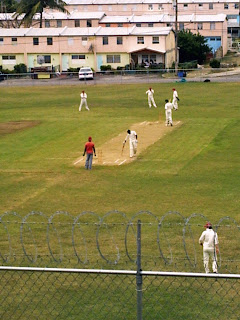 “But I’m glad common-sense has at last prevailed and I cannot thank enough all the people, both locally and across the country, including Mr Brazier, for their help.

“It has been a weight lifted from my shoulders and I look forward to spending many more years living in this country.”

Until now, he was probably the only cricketer who safely defied a ban on where to go and play for cricket almost 30 years ago, most of the other members from that period had bad karma tossed their way, and now it seems to dog him as well –

Alleyne, who never played Test or one-day international cricket, took part in the 1983-84 rebel West Indies tour of South Africa for which he received a life ban from playing in the Caribbean.