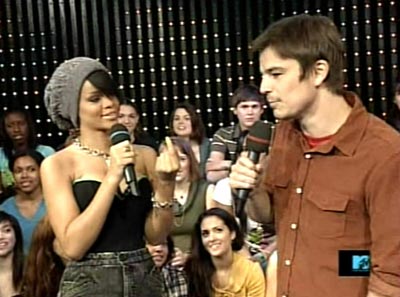 For the second time, Zedstar was interviewed on Fox TV – the first time was about his attempted wooing of the Barbadian popstar Rihanna: he denied this as a mere rumour and after a few days the world was on fire trying to decide if it is true about the Bajan entertainer and Josh Hartnett having a relationship. 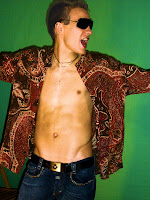 Yesterday, after some weeks by the official release of ?Britney Spears fea. Zedstar ? Break the ice ?, was the time of the blonde singer’s bad period.

After a brief introduction, the Fox presenter started with some questions about Zedstar’s rising career. Then he quickly goes on the Britney Spears‘ latest events.

Zedstar appears to have differing opinion on the popular issue, and with an emotional voice he says: ?I wish people would just leave her alone. It’s hard growing up with the media and everyone following her around. She’s such a sweet girl. If people really knew her, they would know that. I love her so much.?

His words was stopped by a short but strong applause. Then he added: ?It’s really difficult when paparazzi hang out at the bottom of your street waiting for you to drive by.

It?s not something to joke about. They are playing with an human life. Surely, like all of us, she has committed some mistakes, and some of then are maybe really bad. But no one can judge the others.?

He continued: ?Each one must have a second chance.

The media don’t want to give it to her. She’s a really special person. I can compare his sweetness only to that of my mother when I was a child.? The second applause was long and strong.

The interview ended with answers on his private life and on who was the most beautiful girl that he wants to meet. ?I’m single now? – (female shout) – ?but I’m not the one who is searching a love story. I like to live the life day by day. I just follow my instinct for each thing I do?. He added ?I have only a particular desire, about a beautiful girl.?

– he smiled – ?I don’t know her, but I hope to meet her soon. It’s really a dream for me. I don’t know what I can do having her through my hands!?

A long public shout stopped his words while he was laughing. After a moment of hesitation (he didn’t want to say the name of the girl), convinced by the audience public he finished with a ?public love declaration? saying: ?She’s blonde. And her name is Paris Hilton?.

May the young blond singer meet the blonde millionaire that was recently promoted to Woman of the year (2007) by the Harvard Lampoon?