Digicel, the largest sponsors of football in the Caribbean, launched the Digicel Kick Start Clinics in Guyana today.

Unveiled by FIFA Vice President, President of CONCACAF and CFU, Jack Austin Warner, and accompanied by the Head Coach for the Digicel clinics, former Liverpool and England legend and Caribbean native, John Barnes, the training and development tour will visit eight different Caribbean markets over the next six weeks. At the end of which, John Barnes will select six of the most promising young Caribbean footballers from the eight countries visited to travel to Sunderland for one week’s training. 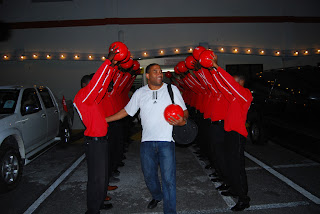 In each of the eight countries, the three-day Digicel Kick Start Clinics will see John Barnes coach the National Under-20 team for the initial two days of his visit, with the public invited to text into a special Digicel number for their own local Under-20 team to have a short training session with Barnes followed by an opportunity to play against the National U-20 side on the 3rd day. To wrap up the three-day Digicel Clinics, the entire group will participate in a life coaching seminar led by John Barnes, which will offer the footballers some valuable tips in their development as a person as well as their future careers in football. 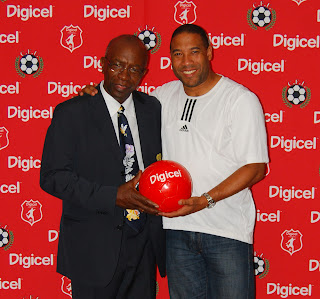 Following the finale of the Digicel Clinics in Jamaica, John Barnes and the National Coaches who participated in the clinics, will announce the selected six footballers who will be offered the once in a lifetime opportunity to travel to the UK to take part in one week’s training at English Premier League side Sunderland AFC’s Academy of Light. 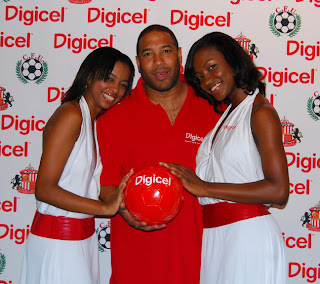 Speaking at the launch of the Digicel Kick Start Football Clinics, Head Coach, John Barnes commented, “We’ve been developing these clinics for the last few months and I’m delighted that the time has now come to get on the road and bring the clinics around the Caribbean.“

CFU President Jack Warner added, “Digicel has once again shown it’s commitment to developing football in the Caribbean. After the highly successful Digicel Caribbean Cup where the largest ever number of teams participated for the biggest ever prize money, the Digicel Kick Start Clinic will ensure the future of the sport in the region as it is designed for the benefit of youths.”

Digicel’s Head of Sponsorship Kieran Foley said of the clinics, “Being able to bring football greats like John Barnes and a massive club like Sunderland from the English Premier League into the programme, is even more of a reason to ensure football development grows in the region and we are delighted to be the first to bring this to our customers.”

Although not present at the launch, Sunderland’s Chairman and former Irish International, Niall Quinn sent the following statement: “We at Sunderland are excited to be involved in the Digicel Kick Start Clinics as it helps strengthen our Caribbean connections which we have built over the past number of years through players like Kenwyne Jones, Carlos Edwards and Dwight Yorke.”

The Digicel Clinics take place over a three-day period and more information on how to participate will be made available in each country over the coming weeks.