The National Cultural Foundation, in collaboration with the Errol Barrow Centre for Creative Imagination, invites interested filmmakers, camera and production personnel to ?A Conversation with Kerwin Devonish? at the Cinema, Errol Barrow Centre for Creative Imagination, University of the West Indies, Cave Hill Campus, on Saturday 19th January at 10 a.m.

A native Barbadian from Mannings Village, St. George; Kerwin Devonish relocated to the United States in his early childhood. While growing up in the Bronx, New York, he became very interested in still photography and studied art at the prestigious Pratt Institute in New York. It was there that he was introduced to video and film, which quickly became his preferred medium and transformed into an extensive career as a freelance videographer. During this period he met and worked with top designers and models in the fashion industry.

Before long, Devonish took his craft to the next level by deciding that film would be the medium that would take him there. Little did he know at the time that his decision, accomplishments and reputation would capture the attention of Writer/Director/Producer and Actor Spike Lee, with whom he has worked from 1993 to the present, working his way up from camera assistant, to camera operator, to director of photography, and then to director. 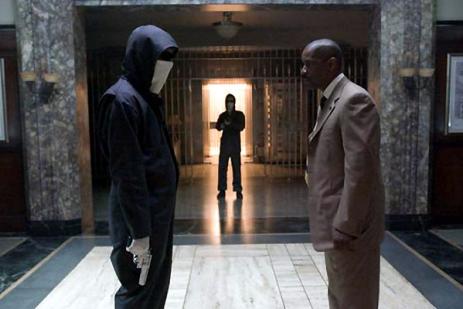 Because of his expertise in digital video, Devonish was specially selected to work on the controversial period piece ?Bamboozled? (2001), a film starring Jada Pinkette-Smith, Damon Wayans and Savion Glover and ?Inside Man? (2006). A Universal Studio production, starring Denzel Washington and Jodi Foster, where Devonish also served as camera operator, both directed by Spike Lee. As a further testament to his professionalism and expertise, Devonish continues to travel the world extensively with R&B Vocalist/Songwriter Erykah Badu, documenting her life story continuously for over the past decade.

Devonish is currently working on Spike Lee?s latest film called ?Miracle at St. Anna? which is a war drama set in World War II, about a group of Buffalo Soldiers (American Black Soldiers) who saved a town in Italy from the Germans. He continues to work in New York City shooting commercials, music videos, TV pilots, documentaries, and feature films.
For further information please contact Ms. Annette Nias, Cultural Officer for Film and Photography, NCF at tel. no: 424-0909 Ext. 238 or the EBCCI at telephone 417-4776.