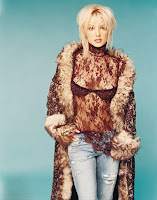 Britney Spears, the former child star with Disney, is going through a hard time in her private life, but her musical career is returning to the top of the world.

After the great successes of “Gimme More” and “Piece of Me“, she just launched “Britney Spears w/Zedstar – Break The Ice“.

The song “Break The Ice” is already considered by many Britney‘s fans as one of the best songs from her last album (Blackout), so she surprised fans with the launch of that duet with Euro-popstar Zedstar.

An inside source claims the song was downloaded more than 50,000 times only yesterday.

There are suggestions by some insiders that the launch of the song is to divert attention from the most recent developments in Britney‘s private life.

It’s interesting to note that Zedstar was launched on the international music world only a year ago with a duet with Barbadian popstar, Rihanna, where he featured in “Unfaithful?.