The Bird Rock athletic stadium is still under construction but already the facility has passed its first informal test which was administered by a ?higher power.? 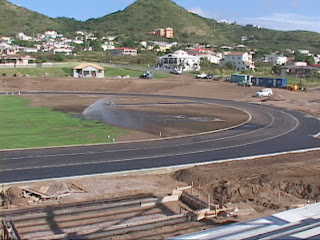 Alexis Hazel, General Manager of Rock and Dirt, told SKNIS that heavy rainfall earlier this week was a testing time for his company as it slowed construction work. However, the downpour provided the opportunity to test the drainage at the facility. 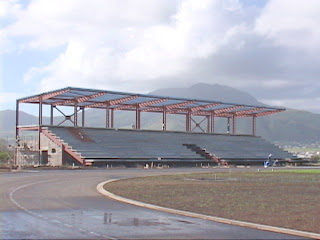 He explained that the water did not settle on the track and ran off in half the time specified by the certifying authorities. ?The drainage is excellent ? and I thank the Lord for that blessing (the rainfall) we had,? he said.

Hazel noted that much of the initial work on the stadium was infrastructure related which included the vital installation of the drainage system and now the facility is beginning to take shape in a more visible way. 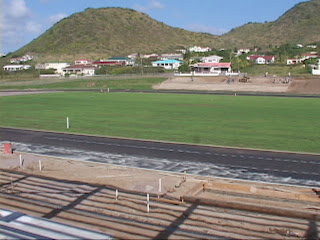 Mr. Hazel stressed that his crews continue to work feverishly to ensure the stadium is ready to host the March 21 to 24, CARIFTA Games.