The third and final day of the Barbados Digicel Kick Start Clinics ended with an arduous 2-1 win for the National Under-19 team. The National team played against the Carlton Pro Shottas at the Weymouth Police Sports Club on Saturday January 19. The match, competitive and hard fought, saw two teams evenly contested battle it out for victory. 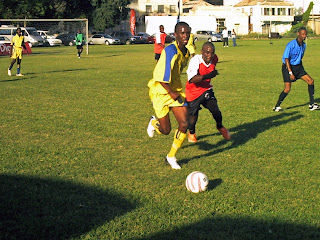 In the first half, The Carlton Pro Shottas came out on top, scoring the only goal on the 20th minute. Though the National team had the upper hand majority of the game they seemed unable to convert that pressure into goals. The Pro Shottas, though a less experienced team, made their chances count.

The second half saw the Nationals more focused and playing more aggressively, finally turning it around with two goals scored within five minutes, earning them a fighting victory. 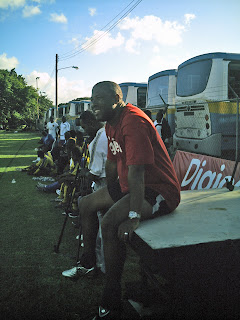 “The National’s inability to take advantage of shots in today’s match showed poor decision making skills. This is why these Clinics are important, not only to find the six players to go to Sunderland, but for young aspiring professional Caribbean footballers to understand that decisions made on the pitch affect the game. Every decision counts.”

John Barnes explained after the match. 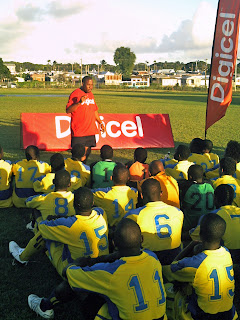 During the two-day training sessions, John Barnes, as Head Coach of the Digicel Clinics, worked with the boys on tactical and technical skills, discipline, and attitude and used drills which showed the boys how decisions they make affect the outcome of a play. 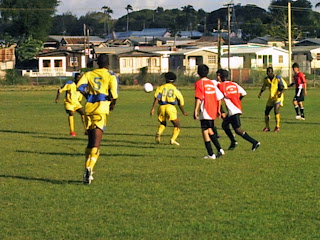 Manager of the Barbados National U-19 team, Julie Grant, commented on the impact the three-day Digicel Clinics has had on the team: “The boys have learnt valuable lessons that they will use from now on. I think the match proved to them exactly what John Barnes has been explaining to them about the importance of making every decision count. I hope that their win today proves to Mr. Barnes that they are good enough to be a part of the lucky six who go to Sunderland.” 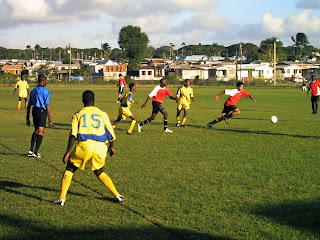 Ged McNamee, Sunderland AFC’s Academy Director describes what the selected six players can expect at the Academy of Light: “They will experience the daily scholarship programme and train alongside Sunderland youth players. The programme will include a physical and coordination programme supervised by Scott Pearce, Academy Sport Scientist. The football coaching programme is very technically ball-based, with various technical practices and small sided games being used. The week will be demanding, but hopefully enjoyable which will give the selected players an insight into the daily programme of an aspiring young footballer.” 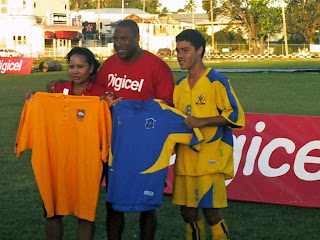 During the Barbadian leg of the trip, a presentation was made by National U-20 player Chris Castagne to both Digicel Sponsorship Manager Shelly Ann Brown and John Barnes to offer them mementos celebrating their valuable time spent here. 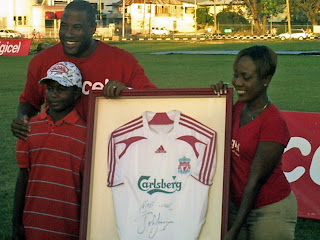 There was also a contest open to Bajan Digicel users by texting KICK to a special code for a chance to win a Liverpool shirt personally autographed by John Barnes. The winner was a ten year old boy! Shamar Adams sent 54 texts to make sure he stood a chance! Luckily, it was with his mother’s permission and the youngster’s determination paid off, by sending enough SMS to equal a $20BDS card, he was the proud recipient of the framed item from none other than the Kick Start coach himself.