UK Navy hauls over seafaring Narco-Traffickers close to 400 miles from Barbados – Half a tonne of Coke impounded!

British naval forces have notched up another counter-drugs success in the Caribbean with the Royal Fleet Auxiliary landing ship RFA Largs Bay intercepting over half a tonne of cocaine on her first ever operational patrol.

The Royal Fleet Auxiliary is a civilian-manned force which supports the Royal Navy Fleet. RFA Largs Bay is currently tasked to provide support to UK Overseas Territories and to assist in the joint international effort in disrupting the flow of narcotics from South America to Europe and the USA.

The Royal Navy and RFA have had a series of successful operations to foil the drug smuggling cartels. 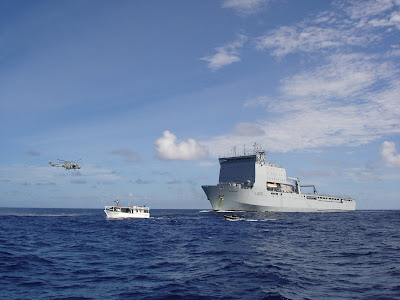 In the latest swoop, RFA Largs Bay tasked her Royal Navy Lynx helicopter – from 815 Naval Air Squadron based at Yeovilton in Somerset – to investigate a small fishing boat that was stopped in the water eight miles ahead of the ship and some 390 miles north-east of Barbados.

As the 16,000-tonne Largs Bay and the Lynx approached the fishing vessel, the aircrew witnessed the fishermen hastily dumping their dubious cargo into the sea. The Lynx, tasked to hover over the bales to mark their position in the rapidly diminishing light, simultaneously managed to track the fleeing smugglers.

RFA Largs Bay?s sea boat was then launched. Despite the bales of cocaine being weighted – and the difficult twilight conditions – the crew managed to recover some 575 kg of cocaine before being forced to leave as darkness approached. There was also a need to catch up with the suspect vessel as it attempting a sharp getaway. 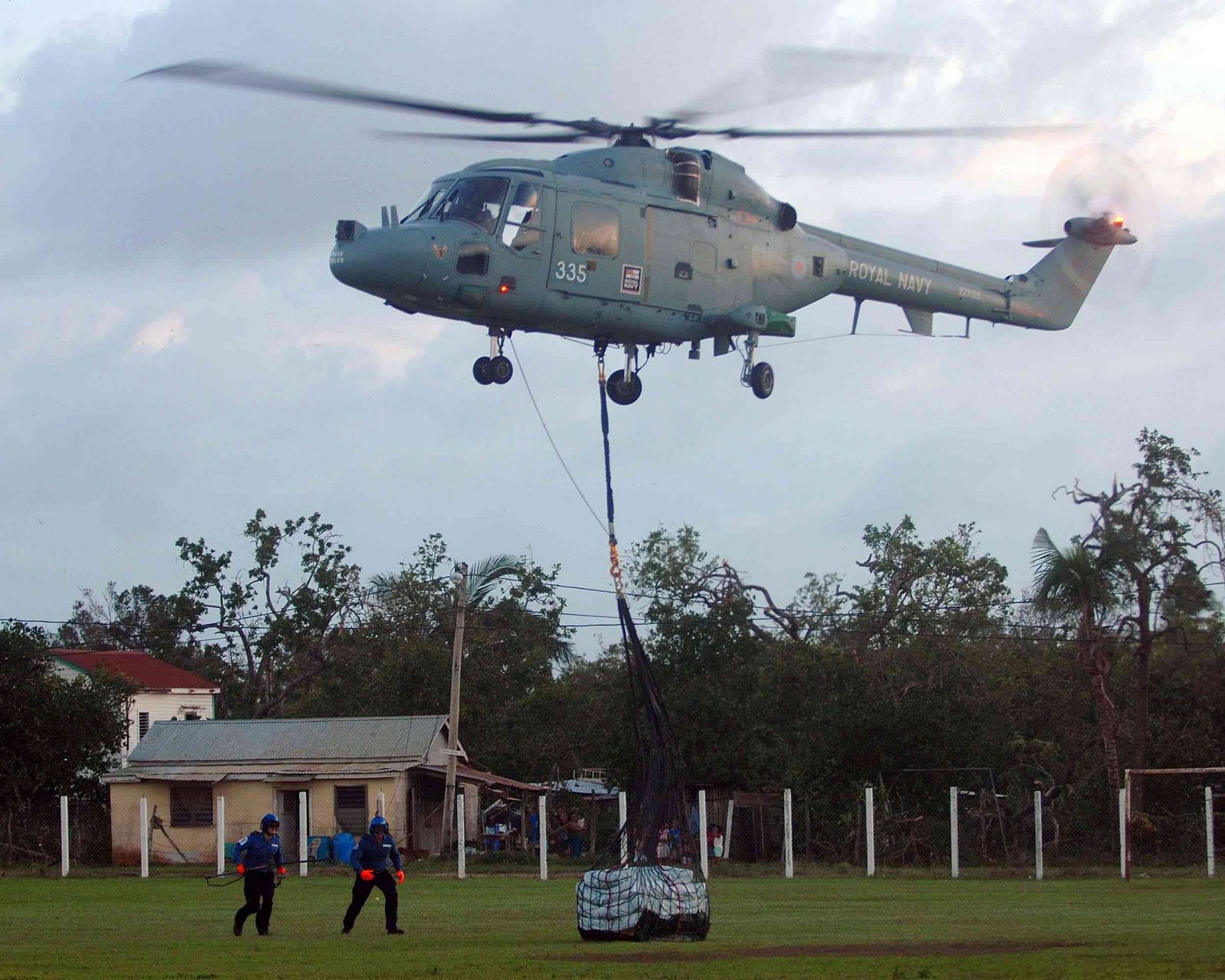 Meanwhile, the Lynx rapidly refuelled and was re-launched in hot pursuit. RFA Largs Bay once again intercepted the drug smugglers, who were now motoring without lights and clearly had no desire to communicate. Flag state approval was sought to despatch elements of the embarked US Coastguard Law Enforcement Detachment to question the rogue skipper; this was eventually received and the fishing boat subsequently boarded.

RFA Largs Bay is now escorting the Venezuelan fishing boat Astromelia and her crew to a rendezvous with a Venezuelan naval vessel for hand over and due process.