When VHS was God, I would check out Video King all the time and they were diagonally opposite the Seaview Hotel (Savannah Resort) where once I had their idea of surf & turf – lobster & fillet mignon, at a then astronomical 75 dollars a plate (it was my birthday, I think). I also had a disastrous Old Year’s at DaLuciano’s Ristorante Italiano when I used to work reception at a Tour Company…

But I never went to Unicorn One Disco, Alexandra’s Discotheque nor the Flamboyant Restaurant – but I heard of them when I was much younger and assumed they’d be there for me to visit when I get older…

I MET a Traveler from an antique land,
Who said, “Two vast and trunkless legs of stone
Stand in the desart. Near them, on the sand,
Half sunk, a shattered visage lies, whose frown,
And wrinkled lip, and sneer of cold command,
Tell that its sculptor well those passions read,
Which yet survive, stamped on these lifeless things,
The hand that mocked them and the heart that fed:
And on the pedestal these words appear:
“My name is OZYMANDIAS, King of Kings.”
Look on my works ye Mighty, and despair!
No thing beside remains. Round the decay
Of that Colossal Wreck, boundless and bare,
The lone and level sands stretch far away.

Now Unicorn One has given way to a musically historical floorshow a la Plantation at Southern Palms; Alexandra’s is just an empty lot as is DaLuciano’s Ristorante Italiano; but what is really pitiful is Video King and Flamboyant. 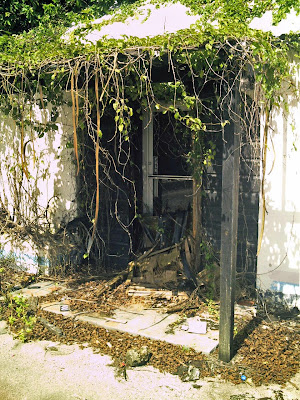 Video King with its glass doors is partially protected from the elements but is still decaying slowly – but Flamboyant? I recall when Mike Cheeseman owned it, the last I saw him was when he was a witness to a daylight robbery at Caribbean Commercial Bank in Hastings Plaza (they took over from Chase Manhattan, it’s now RBTT) in the early 90’s. He’d play slots at Abbeville many times as well as be there for all the latest boxing action on Satellite TV before Bubba’s came about (that’s now Bert’s owned by Eugene Melnyk minus the bandits)! 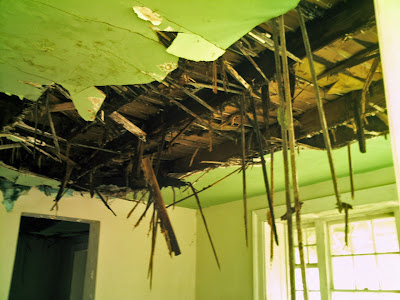 Now, the Flamboyant has a ceiling that’s caving in… 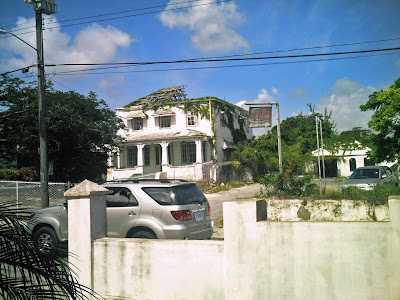 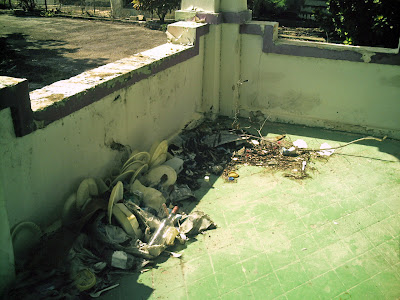 Drug addicts are using it for cheap housing… 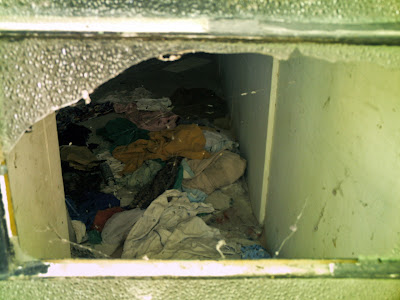 As well as the apartments and one-time florist next door to Video King & Flamboyant! 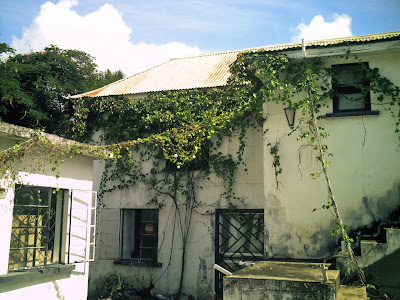 We asked a source at Hotels & Resorts (who appears to own it from signs posted letting folk know if they park there then they do so at their own risk) what will happen – and my source indicated it’s earmarked for the wrecking ball, beyond that they don’t know. As for the paros who call it home, Hotel & Resorts only admitted they plan to revamp their security measures for the area very soon…