Dynamic reggae band Rootz Underground has broken new ground with the shooting of Hammer, the video for the next single, off their soon to be released debut album Movement! 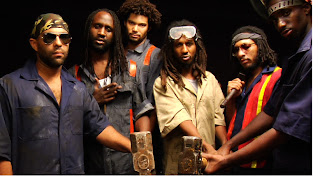 Produced by Shannon Hart and directed by Luciano Blotta, the video for Hammer is a symbol of the mindset and the message of Rootz Underground.

Rootz Underground‘s lyrics manifest self-realization and self-actualization, concepts that are depicted vividly in the video. Hammer’s video is a mixture of sharp images intertwined with silhouettes of beauty and the grungy background of a welding shop. 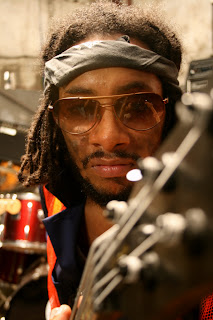 After the release of their highly acclaimed first video Victims of the System, which spent five weeks on the Tempo Cross Caribbean Countdown, Rootz Underground went back to the studio to hammer out their debut album Movement! and has now returned with greater energy and a unified vision. 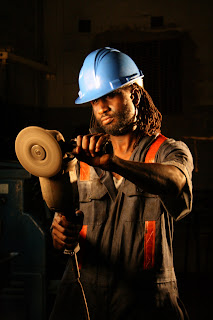 Hammer was shot in an inconspicuous metal shop on Dunrobin Avenue in Kingston, Jamaica. The idea for the video was conceptualized by the band and Los Angeles based Argentinean video director, Luciano Blotta who also directed the Victims of the System video.

Hammer’s video begins as sparks fly in the metal shop with Rootz Underground playing in the background on an old radio. The band, decked out in overalls, is hard at work hammering metals – symbols of oppression and modern brainwashing. The hammer symbolizes the music with which Rootz conquers these symbols of Babylon.

Hammer comes off both as an appeal and a comment on the world we live in, Stevie G continuously steps forward to the screen as if beckoning to the viewer to join the struggle. At the end of Hammer, Rootz Underground triumphs by destroying the vestiges of Babylonian oppression. 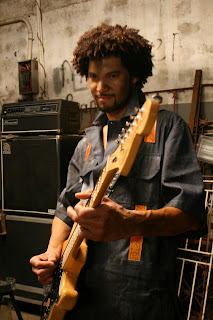 “We made the video gritty and hard edge,” Charles, Lead Guitarist noted, “A lot of our fans are rock fans, and we wanted a rock-like video. The first (Victims of the System) video was very challenging because of the story lines, this time round we wanted to vibe. It’s a fun video, if you catch it half way through you’d still be entertained.“

“I wanted to show them in a natural state while complimenting the mood of the song using stirring images to connect with the audience,” according to Director Luciano Blotta

“We enjoy working with Luciano,” Stevie G, Lead singer enthused, “He can visually represent the band. We can vibe with him, he understands what we need and he listens to suggestions. We like to be involved in the creative aspects because we enjoy it”

Rootz Underground began at the turn of the millennium in the year 2000 and comprises lead singer, Stevie G, Charles on lead guitar, Jeff playing rhythm guitar, Colin on bass guitar, S.C.U.B.I on Keyboard and drummer Leon. With their grungy yet melodic rhythms and sometimes-caustic vocals, Rootz Underground has been described as the best band to come out of Jamaica since Morgan Heritage.

The Video for Hammer, produced by Shannon Hart and directed and edited by Luciano Blotta, with technical assistance provided by Delano Forbes of Phase Three Productions, will be released in January to coincide with the band’s underground release of their debut album: Movement!