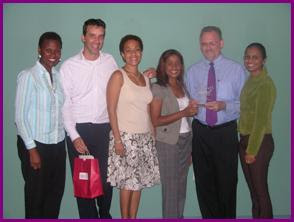 Publicis Caribbean won ?Most Successful Commercial Animation? at the Animae Caribe Awards 2007 for its Caribbean Airlines television advertising. The animated ad, broadcast earlier this year in Miami, features the Caribbean Airlines hummingbird going from Island to Island promoting the Airline?s fares to Port-of-Spain, Guyana and Tobago.

Animae Caribe is one of the most thriving visual art festivals in the Caribbean. It aims to promote animation and the new media movement throughout the Region. Sitting on the panel of judges for the Annual Awards Ceremony were Olun Riley from Walt Disney Animation Studio, Joan Vogelsang – CEO of Toon Boom Canada, Joan Ashworth of the Royal College of Art in the UK, Mohammed Gazala from the University of Egypt and Alan Lambert – Director of Solus Group, Ireland.

?We?re very pleased to be this year?s winner of the media award? says Publicis CEO Patrick Johnstone. ?Caribbean Airlines allows us to be creative and the feedback we?ve received from media experts and customers for this ad has been very positive and has generated good returns for our client?.

?The ad has helped us raise awareness of Caribbean Airlines brand as well as promote our tactical fares in Miami? said Caribbean Airlines? Marketing Director, Francois Pariseau, ?we?re delighted that our agency was recognised for its work at Animae Caribe and we thank Publicis for having produced such a creative and adaptable animated piece?.