{Ed’s Note – My thanx 2 Waiting For Keith‘s Wayne Cezair} Earlier this year when there was a conference on the global African community, this News-Blog mentioned a film being shown that was produced by a possible and/or distant relative of mine – St Clair Bourne.

Unfortunately, I was not able to attend that night due to work-related issues, now and even worse I will only get to see or hear him through film as he is no longer with us since December 16th –

He was my Brother and Comrade-in-struggle for more than 40 years. He taught me how to frame a picture for my ambitions of being an amateur photographer. Up until he went into the hospital, we were making plans for an exhibit of his great fotos of the 1960’s at the Brecht Forum as well as a panel to discuss the importance of visual documentation of social struggles… In Struggle, Sam Anderson

Information on the video-historian is not sparse, it seems he became a blogger, yet he may have been unconsciously aware of his mortality –

I’m writing to let you know that the usual stream of CHAMBA NOTES will not be forthcoming for about a month. I am scheduled to undergo an operation within the next couple weeks to remove a benign tumor that is pressing against my brain.

While this is scary, the operation is not as dangerous as it sounds. First of all, the tumor is benign but it does periodically causes spasms and numbness in my left arm and leg. Second, the surgery will not penetrate the brain itself because the tumor is located on the surface of the brain. 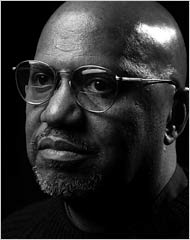 Finally, this type of operation, while not quite routine, has become commonplace enough so that most of the previous difficulties in this procedure have been worked out.

I hope to be back in action by the new year. Send me your best wishes, prayers and good vibes.

These were his last known words, the Bajan Reporter merely says – ASE (From the Yoruba – thanks to Ndelamiko)