Jamaican author and Iraq war veteran Laura Johnson has recently released her 3rd book: ‘Born As A Sufferer‘. Released in April of this year, ‘Born As A Sufferer‘ depicts the lives of two young people, Shelly and Bobby, who are fighting their own demons in the streets of Kingston, Jamaica. They are travelling on different roads but going at the same pace and both up against death, love, fear and crime. It is up to the two of them to find their own way out of their situation. While finding their own footprints they meet and complete each other’s journey.

“My motivation in writing this book was to write for Jamaica.” Laura Johnson mused, “Even though the book can be appreciated by all cultures, it was inspired by the people of Jamaica. The song Born As A Sufferer by Bounty Killer provided me the inspiration to write about how one can grow up as a sufferer and still manages to rise to the top. The book is based on my own experiences as well as those of others. I conducted interviews with Jamaicans of varying backgrounds to get a wider perspective. I walked the streets of downtown and uptown, city and country to ensure that this is a true depiction of Jamaican life“. 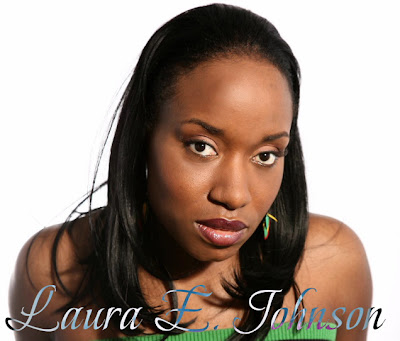 Jamaica has always played a significant role in Johnson’s life, despite spending most of her time overseas she has consistently returned to reconnect with her roots.

The author says she wanted to give Jamaicans the opportunity to see her work and show them hard work and drive pays off and every sufferer can reach the top.

Manifesting inner as well as outer beauty, Johnson’s persona betrays her humble origin. Born in Dunkirk, Kingston – she left Jamaica in the late 80’s and after graduating high school joined the U.S army. Johnson served in Iraq, Korea and Kuwait to name a few and is currently living in Missouri.

While deployed in Iraq, Laura was inspired to complete her dream of writing. She went through a life changing experience and while on a crucial mission she decided to document her experience in the sand. This experience gave birth to her first book, ‘A Soldier’s Heart‘, which is a collection of poetry dealing with her emotions and battles in the war zone. Upon completion of her first book she was compelled to write ‘A Soldier Never Cries‘, which details her life before, during and after her tour in Iraq, as well as the experiences of her fellow comrades.

Laura Johnson is currently working on two other books to follow ‘Born As A Sufferer‘. She is presently writing a Jamaican version of Romeo and Juliet and will soon complete a Children’s book entitled ‘Mia And Her Toothbrush‘. The author will be in Jamaica next week promoting her most recent book ‘Born As A Sufferer‘.