As anyone who is a regular reader here is aware, I have recently expressed some potential concerns for artificial hiking of prices – but it is not just Barbados now there are concerns throughout the region, like over in St Kitts –

Ambassador Plenipotentiary in the Ministry of Trade and Industry, Rosalyn Hazelle said a meeting of the essential goods committee assigned to determine items for price control met with representatives of the major supermarkets in St. Kitts this week.

Ambassador Hazelle stated that the highly successful discussions centred mainly around the issue of the pricing of goods based on the landed costs retailers are required to pay on imported items.

According to Ambassador Hazelle, the retailers laid their concerns on the table including a request that ?brand? be considered in determining the essential goods list as compared to the present arrangement in which brand is not a factor.

Ambassador Hazelle explained that while the list may appear to have only 29 items, the number of items represented on the list actually exceeds 300. Some 388 items on grocery store shelves and freezers are covered under the 29 groupings.

In other words she said poultry would cover every type of bird or bird part and tuna would cover all brands and types of tuna – “…including tuna in water, tuna in tomato sauce, and the like.”

The ambassador noted that government is considerate of the needs of businesses and will explore other avenues to assist retailers by reducing importation duties on goods.

Ms. Hazelle said the ministry is cognizant of the fact that the distribution of Sale of Goods Act was passed in 1968 and needs to be modernized and she revealed that plans to update and upgrade the legislation are being considered.

She said in seeking to conduct case studies within the OECS for possible redrafting of the Sale of goods Act, it was found that most were at the same place in terms of simply amending existing laws. She said her ministry would spearhead attempts to revamp the laws to make it more suitable to present circumstances.

The issue of penalties for non-compliance by retailers was also raised as well as the requirement that the price of all goods must be clearly visible to consumers as they go along supermarket aisles.

She stated that the frank discussions were very fruitful and refreshing, allowing the concerns of the retailers and consumers to be aired in the same forum in a cordial manner. Ambassador Hazelle said she hoped that the level of cordiality would extend to the officers within her Ministry as they inspect the stores to determine whether or not goods are being priced appropriately.

The concerns raised in Basseterre are not only with adults but their teens, who actually question the Denzil Douglas admin on the necessity of certain tax structures as it relates to daily living –

St. Kitts and Nevis has not made a decision about introducing a Value Added Tax (VAT) as suggested in certain quarters, but residents have been promised that they will be involved in any discussions on the matter. 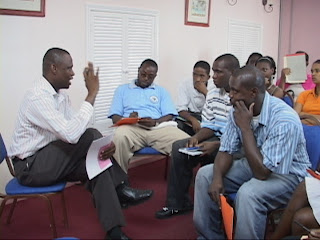 Minister of State for Information the Hon. Nigel Carty told scores of young people at the National Youth Dialogue held earlier this week that a number of regional countries including Guyana, Antigua and Barbuda and St. Lucia have implemented a VAT.

He noted that government remains committed to having a simple and fair tax structure that is designed to make revenue collection more efficient. Minister Carty added that a VAT is one possible measure under consideration that could serve to eliminate any nuisance taxes.

?We get a lot of revenue loss by having so many different agencies collecting so many different taxes,? the Minister of State explained. ?And so we are going to engage the public in a discussion about whether or not the VAT would be good for St. Kitts and Nevis in the future.?

Consultations on the matter would be in keeping with government?s policy of involving stakeholder/public feedback on various national issues. 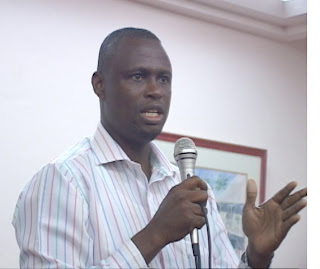 The VAT is reportedly functional in more than 120 countries worldwide, many of which are in the Caribbean. Economists and financial analysts have written that the VAT is non-distortionary or neutral with respect to economic activity because it is broad based in scope. As such, there is no incentive to alter the allocation of resources which means relative prices will remain the same.

Further, the VAT taxes consumption not savings and therefore can have a stimulating effect on savings as well as on investment.

Now, Grenada wants Barbados in its lead capacity as current chair of CARICOM, to organise a caucus to analyse and combat the constantly rising prices of certain basic consumer staples, it even caught the attention of Cuba’s English-language service –

Grenada’s Prime Minister Keith Mitchell has requested the Caribbean Community to hold an urgent summit about the increase in the [cost of living in the region].

Mitchell sent a letter to his Barbadian peer and CARICOM [Chairman] Owen Arthur demanding an extraordinary meeting of finance and prime ministers to discuss that issue.

Over in the Spice Isle itself, there was a lot more on that issue, and it seems Dr Keith Mitchell is quite effusive on the matter –

He said the rise in the cost of living is causing erosion in the quality of life for people right across the region and as leaders; they must put this issue on the top of their agenda to find a collective solution.

The Grenadian leader is requesting that a special summit be convened.

The government of Grenada, like many other Caribbean countries, has been putting systems in place to try to alleviate the impact of rising prices.

Dr. Mitchell is expected to announce measures aimed at tackling rising prises in the upcoming budget speech on November 30th.

But he says that the issue can no longer be viewed locally, but as one which requires a regional and even global approach.

Dr. Mitchell also intends to discuss the issue at the upcoming Commonwealth Heads of Government summit in Uganda.