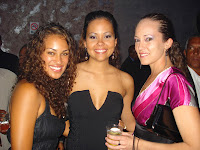 Grenada’s “next dimension in nightlife” was revealed recently at the Media and Industry launch of Karma, the new $2.5 Mil night club. Over 400 invited guests including Minister of Works, Hon. Brenda Hood, Minister of National Security Hon. Einstein Louison, and MP for St. George’s Peter David joined owners Steve Duncan and Steve Campbell for what is being called the most talked about club project ever in Grenada.

Co owner of the club Steve Duncan has described the club as a labour of love which he wants to share with the Grenadian people. 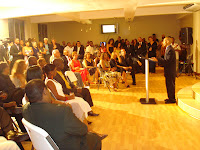 He told the appreciative audience that the owners of Karma wanted to create not just a special night club for Grenada, but an experience.

Minister of Works Hon. Brenda Hood said in her remarks that Karma would bring a new energy to the Carenage. 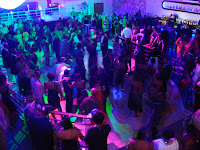 Karma will also feature some of the top DJ’s and artists on island and around the world, so everyone is a VIP at Karma. Karma will be open to the public as of Saturday November 3rd, featuring an all inclusive VIP theme party, “Party like a Rock Star“. Opening days will be Wednesdays to Saturdays. Patrons must be 18 and with a fashion club like Karma, a trendy dress code is always in effect.