Deborah Santana asked to divorce in Marin County Superior Court about ten days ago. She mentioned there were substantial and fundamental differences between them.

Carlos’ publicist said that the pending divorce was only “a private matter and there is no comment.”

The couple, who live in San Rafael (near San Francisco), have three children of 17, 22 and 23 years old. She said she pushed him to concern himself in their children’s lives, while he has apologized with her and with their children 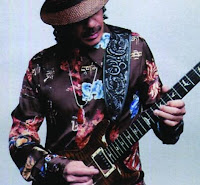 , admitting he committed many errors when he wasn’t in his right mind.

In Deborah’s memoir published two years ago, “Space Between the Stars,” she revealed that her husband had been unfaithful. So after its publication the Mexican guitarist said he had apologised and tried to be a better man, but it seems he hit a sour note.