{Ed’s Note – check the links, apart from his MySpace page, you can find a free download of the tune}

A buzz is currently on the streets of New York surrounding the hot new rap sensation Lil Lion, who has teamed up with Barbee, well known for her hit collaborations such as Missing You with Junior Kelly and Paddy Cake with Beenie Man. 12-year-old Lil Lion and Barbee have recently written and recorded the new track: Age Is Just A Number produced by Ingoma and Daine ‘Jimmy’ Clarke for Mel-Shar Entertainment of New York.

The track, Age Is Just A Number, introduces Lil Lion to the reggae market and demonstrates his lyrical competence as a Deejay. As a rapper Lil Lion has shown quality beyond his years, which has already earned him the admiration of both fans and members of the Hip-Hop fraternity. Now reggae fans have the chance to see him hone his skills in this genre.

Born in New York, Lil Lion claims reggae heritage as his father, a Jamaican producer who migrated to New York in the late eighties, has had considerable influence on his musical tastes.

Lil Lion explains, “Growing up my father listened to Notorious BIG, Busta Rhymes, Bob Marley, Super Cat and Beenie Man. I have a love for both Reggae and Rap but I always wanted to do Reggae music and Barbee gave me the opportunity with Age is Just A Number“

Barbee cooed, “Lil Lion has some of the best lyrics I have heard form a young DJ, when he is in the studio I have to really look to see if its really him deejaying.”

Age is Just A Number has stirred a bit of controversy in New York as it portrays a young boy trying to date an adult. However, Lil Lion explains that the song is innocent and illustrates normal adolescent feelings.

Lil Lion laughed, “Age is Just A Number just shows how sometimes teenage boys like me can have a crush on a older woman, many kids my age will understand. This song is just innocent fun“ 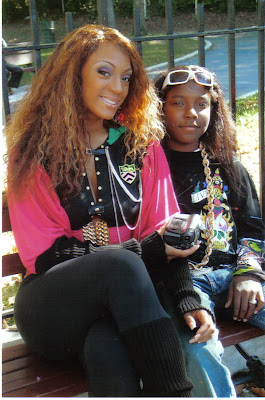 AGE IS JUST A NUMBER

Lil Lion: Yow Barbee you wanna catch a move with me

Barbee: Just me and you?

Lil Lion: Yeah just me and you

Barbee: Man I’m gonna have to take a rain check for the next ten years on that

Don’t Judge the book by the cover

But I, I just know boy

I’m too old for you

Yes I, dig your style

And I, love your smile

But, I’m too old for you

I wish upon a star you were older

So we could be much more closer

But I’m too old for you

You a run from progress

Gimme a chance an si weh mi can do

A nuh age a dweet and u know dat to

No matter weh nobody seh mi know seh u, hot

Mi ask u which part

Mi tink you did clever but u not being smart

Woman gimmi a chance an si weh mi can do

A nuh age a dweet and u know dat to

No matter weh nobody seh mi know seh u, hot

(Lil Lion: Com on what u talking bout)

(Lil Lion: I aint too young)

(Lil Lion: You aint too old)

I’m Too old for you

You an me can play

Age is in our way

You an me can play

Age is in our way

If we would run away heyee